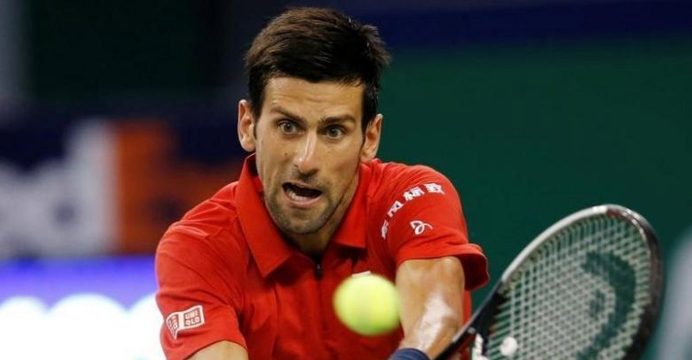 World number one Novak Djokovic, who will defend his Paris Masters title next week, says he is fully motivated again having felt mentally drained since his French Open success in June.

The Serbian has won only one tournament, the Toronto Masters in July, since completing the career slam at Roland Garros.

“Winning the French Open this year has brought a lot of joy to me but on the other hand has taken away a lot from me, as well. I felt a little bit exhausted, I must say, and maybe less motivated,” Djokovic told a news conference on Sunday.

Djokovic was knocked out of Wimbledon in the third round, the first time he had failed to make it through to a grand slam final since the 2014 U.S. Open, before being eliminated in the first round at the Olympics.

“So I had to kind of rediscover that feeling of being on the court and keep pushing myself,” he said.

“I guess it took a little bit of time, more time, and I’m just — I’m in a better state of mind at the moment than I was some months ago.”

Djokovic has been handed a tough route to the title in Paris, where he will start in the second round against Spain’s Nicolas Almagro or in-form Gilles Muller of Luxembourg.

He faces a potential semi-final clash against U.S. Open champion Stan Wawrinka and looming is a battle for the world number one spot with Britain’s Andy Murray, who beat France’s Jo-Wilfried Tsonga in the final in Vienna on Sunday.

Djokovic is not losing any sleep, however.

“I have been in these particular situations before in terms of ranking, so I know what to do, and I just keep things very simple,” he said.