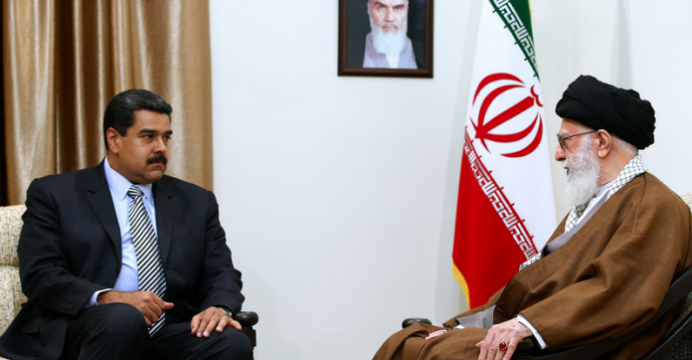 Venezuelan President Nicolas Maduro called on Saturday for increased cooperation between oil-rich nations to stabilize prices as he met with the supreme leader and president of Iran.

“To stabilise the price of oil, new mechanisms should be taken and consultation among oil-producing countries, be they members or non-members of the OPEC, should increase,” Maduro said, according to the website of Iranian President Hassan Rouhani.

Venezuela’s economic and political crisis has been compounded by the collapsing price of oil, and Maduro hopes that other oil-rich countries will agree to cap production in order to boost global prices, reports BSS.

Iran’s supreme leader Ayatollah Ali Khamenei implied that the falling price of oil was “an instrument” imposed by the United States to “put pressure on independent countries”, his official site said.

“We can adopt a rational policy and reinforce our cooperation to prevent these plots and this hostile policy,” Khamenei said.

The Venezuelan leader arrived in Tehran following a meeting earlier Saturday with Azerbaijan’s President Ilham Aliyev, during which Maduro reportedly said that a deal was close between OPEC and non-OPEC nations, according to Iran’s IRNA news agency.

He is also due to visit Saudi Arabia and Qatar. OPEC members agreed to limit production for the first time since 2008 at an informal meeting in Algiers in September.

They are due to formalise the deal when they meet on November 30, amid doubts from market analysts over whether it can be effectively implemented.

Maduro’s tour of the Middle East comes as a furious opposition back home vowed mass street protests over the government’s move to block a recall referendum against the unpopular president. Maduro has accused Washington of plotting to overthrow him, and brands the crisis a capitalist conspiracy.