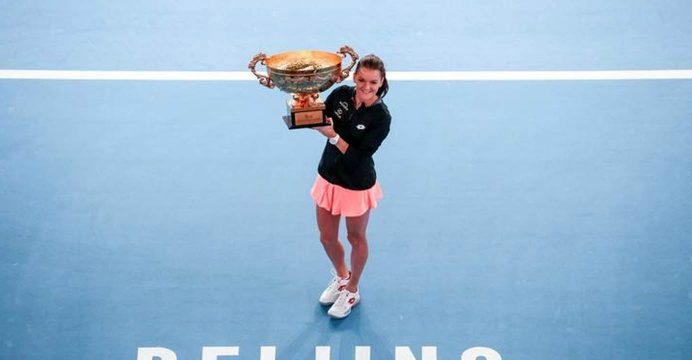 Radwanska hoping for luck and pluck in WTA Finals defence

Agnieszka Radwanska returns to the scene of her greatest triumph next week when she opens the defence of her WTA Finals title and the 27-year-old Pole is the first to admit that luck can be as important as skill to emerge victorious in Singapore.

Radwanska become the first player in the history of the elite eight-woman tournament to lose two of her three round robin matches before claiming the title after she made the most of her good fortune to secure a surprise victory.

Seeded fifth, Radwanska lost to Maria Sharapova and Flavia Pennetta and looked all but out of the tournament before a straight-sets win over Simona Halep sneaked her through to the semi-finals with a 1-2 record on sets won.

The Pole then displayed all of her usual resilience to rally past Spaniard Garbine Muguruza in three sets before she held off Petra Kvitova to claim the title with a 6-2 4-6 6-3 victory.