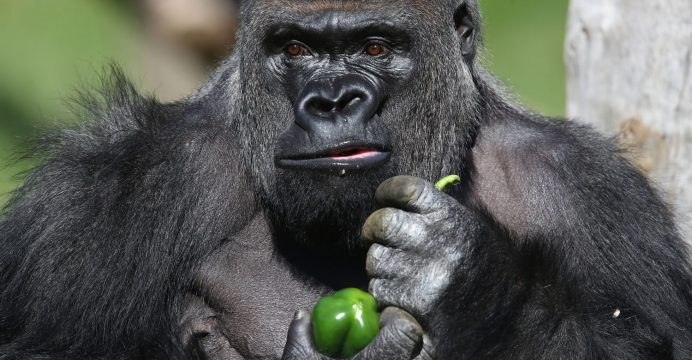 A gorilla escaped from its enclosure at London Zoo on Thursday and some visitors had to be locked inside a cafe for their own safety before it was recaptured, British media reported. The creature was caught after reportedly being tranquilized, the Press Association said. A Metropolitan Police spokesman said the incident was now over , reports Reuters.

A gorilla named Harambe became the center of global media attention earlier this year after being killed by staff at the Cincinnati Zoo in the United States, minutes after a three-year-old boy fell into its enclosure.