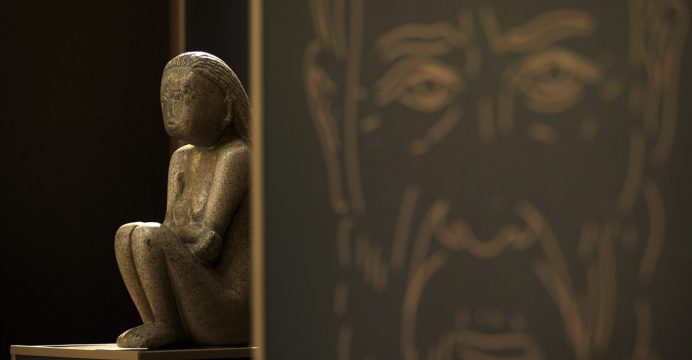 Romanian govt to buy Brancusi sculpture despite failure of subscription

Romania’s government said on Wednesday it would go ahead with the purchase of an acclaimed sculpture by modernist giant Constantin Brancusi despite the failure of a public subscription to raise its share of the price tag.

The government announced in May it would contribute 5 million euros to the required 11 million euros ($12 million), hoping to raise the rest from the public by the end of September, reports Reuters.

The appeal has only brought in about one-fifth of the remaining 6 million needed to buy “Cumintenia Pamantului”, or “The Meekness of the Earth”, a stone figure of a squatting female nude of primitive simplicity.

After an epic 18-month walk from his village of Hobita in southwest Romania, the 27-year-old Brancusi arrived in Paris in 1904 and worked under French master Auguste Rodin.

In 1907, he left Rodin’s studio saying “Nothing grows under big trees”. Later that year he sculpted “The Meekness of the Earth”, which he sold to Romanian engineer Gheorghe Romascu.

Romania’s ruling communists seized the figure in 1957. Romascu’s heirs won it back in 2012 after a protracted legal battle. It is on display at the central bank in Bucharest.