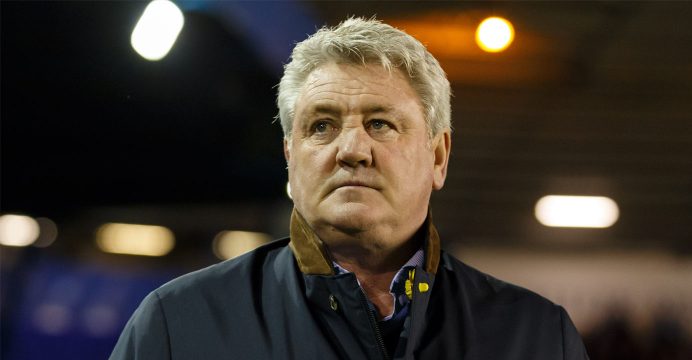 Bruce, 55, replaces Roberto Di Matteo at the helm of a team who were relegated from the Premier League last season and who are now languishing in 19th place in the Championship. He becomes the fourth permanent manager in the last 12 months at Villa Park.

Former Manchester United defender Bruce returns to management after quitting Hull in July, having successfully guided the Tigers back to the Premier League.

“It’s a wonderful opportunity. It is one of the big clubs of this country. To be given the opportunity to manage it is terrific,” Bruce told the club’s official website.

“I relish the challenge of trying to take the club where it wants to go and needs to be – and try to turn around the misfortune we seem to have had over the past few years.

I am absolutely delighted to have been given the chance. I hope I can do my stuff.”

Bruce, who was in charge at city rivals Birmingham from 2001 to 2007, will be in the dugout for Saturday’s derby clash against local rivals Wolves as Villa look to snap a nine-match winless run.

The affable Bruce has always been the leading contender for Villa, who also interviewed assistant manager Steve Clarke, after Di Matteo was axed.

“I’m delighted to welcome Steve to the club. With his track record, not only at leading teams to promotion from the Championship but also vast experience in the Premier League,” Xia said on securing Bruce’s services