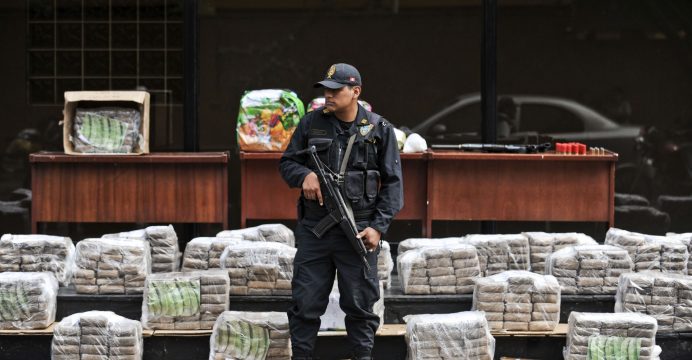 “Disastrous” war on Drugs in US

In human rights news around the world today: The “Disastrous” War On Drugs In The US; Yemen Conflict Rages On; Why State Of Emergency May Stoke Ethiopia Unrest. Every 25 seconds someone in the United States is “funneled into the criminal justice system”, accused of nothing more than possessing drugs for personal use, Human Rights Watch and ACLU said in a new joint report today. The wide-scale arrests, which affect black people disproportionately more than white people, is “destroying countless lives” while doing nothing to help people recover from drug dependence, the groups have warned.

US arrests more people for possessing small amounts of marijuana than for violent crimes https://t.co/TVshHk6KrN pic.twitter.com/iWl9aRco2g

The US should stop locking up people for drug posession for personal use. Here’s why: https://t.co/JHtph5eGEU pic.twitter.com/W6IaW7KfeH