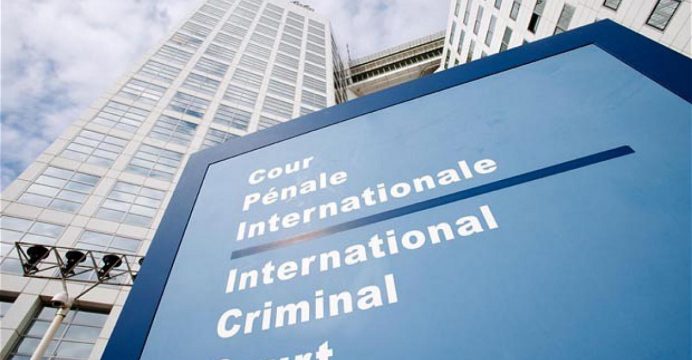 The International Criminal Court is closing in on another milestone as it seeks to make its first ever reparations to the victims of war crimes, focusing on the pain suffered by child soldiers.

Two days of unprecedented hearings will be held this week at the tribunal based in The Hague to help determine how much should be awarded to the children forced into the rebel army of convicted Congolese warlord Thomas Lubanga from 2002 to 2003, reports BSS.

A million euros ($1.12 million) has been allocated to the Lubanga case by the Trust Fund for Victims — an independent body set up under the founding guidelines which led to the opening of the ICC in 2002. 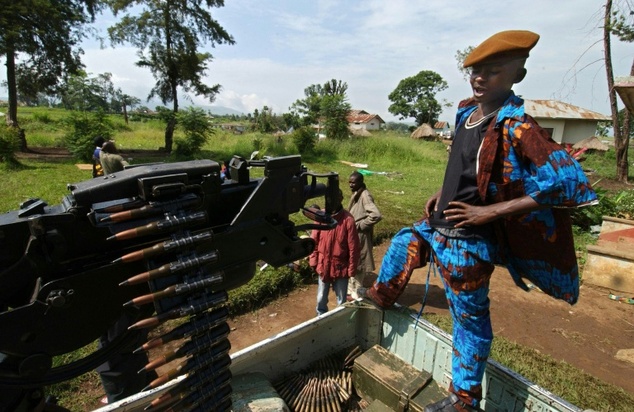 A Union of Congolese Patriots child fighter stands by a machine gun fixed on a pickup at a military camp in Bunia, northeastern Democratic Republic of Congo in 2003

And the fund is seeking approval from the court for a programme of special projects to help rehabilitate the traumatised victims in the eastern Democratic Republic of the Congo.

But the court has also ruled that Lubanga — the first person ever convicted of war crimes at the ICC — is personally liable for the reparations.

The tribunal has yet to set a total amount, and any reparations disbursed by the Trust Fund are due to be paid back by Lubanga.

The fund has drawn up a proposed plan which says it aims to help with “reconciling the victims with their families and affected communities” as well as to “contribute to the effective reintegration of former child soldiers.”

Many of the young victims still “suffer stigma and shame”, they are dismissed as “a lost generation” incapable of re-adjusting to civilian life — the boys often dubbed “delinquents” and “violent” while the girls were seen as “sullied.”

In March 2012, Lubanga was unanimously found guilty of abducting children as young as 11 from homes, schools and football fields and press-ganging them into the ranks of his militia fighting in the gold-rich northeastern Ituri region of the Democratic Republic of the Congo.

On Tuesday and Thursday, the first hearings about reparations by an ICC trial chamber will take place to examine “in particular the type of projects to be implemented” following the Lubanga verdict, a court spokesperson told AFP.

But the spokesperson stressed the “reparations will not be individual monetary reparations but collective ones.”

This week’s hearings will be addressed by non-governmental organisations — such as Child Soldiers International — which have worked with young victims, to discuss the kinds of projects that have proved effective.

A decision on the fund’s programme and the total amount of the reparations will be made at a later date. It is not immediately clear how many victims are affected, as the fund has also been tasked with drawing up a list of names.

The court allowed 129 people to participate as victims in the initial trial, but the fund has only interviewed and assessed 31 potential victims so far.

And the fund has noted that some estimates say up to 3,000 children may have been recruited into Lubanga’s militia at the time of the crimes.

The “eventual scope of the reparations has become much less clear,” the fund said, adding it was uncertain whether the trial chamber “will allow for tens, hundreds, or a thousand and more victims to be eligible.”