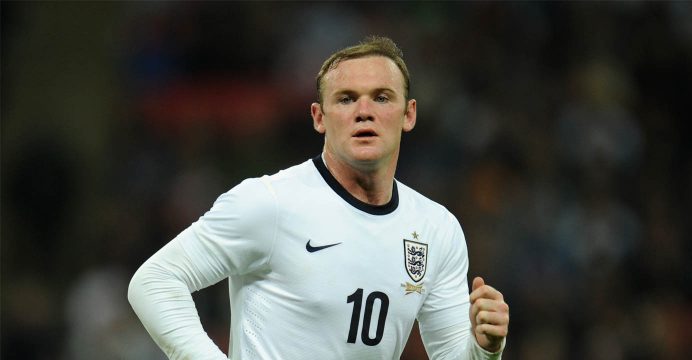 England’s interim manager Gareth Southgate expressed bewilderment after captain Wayne Rooney was booed by his own supporters during his side’s 2-0 World Cup qualifying victory over Malta.

Rooney, his country’s record goal-scorer and most-capped outfield player, played in a midfield holding role at Wembley on Saturday and produced a low-key display as England ground out a laboured win.

There was a smattering of boos when his name was read out prior to kick-off and again after he hoisted a shot over the crossbar late in the game.

“I don’t understand it,” said Southgate, who has replaced Sam Allardyce on an interim basis.

“That seems to be the landscape. I’ve no idea how that’s expected to help.

“I presented him with a cap in the week for being the record (outfield) cap-holder with his country. It’s fascinating to get an insight into his world over the last 10 days.

“Every debate seems to focus on him. The onus on him is enormous. The criticism of him is, at times, unfair. He ploughs on and plays with pride and captains his country with pride.”

Southgate pointed out that a number of England stalwarts had in recent times taken stick from the country’s frustrated fans.

“I always look back to the (John) Terrys, the (Frank) Lampards, the Ashley Coles. In their time with England they took an enormous amount of criticism,” he said.

“And yet when you look at the number of caps they got, they were the guys that kept turning out and really putting themselves on the line.

“Some other players have not put themselves forward and withdrawn from squads when the going has got tough.

Jose Mourinho, Rooney’s club manager at Manchester United, vowed on the eve of the season that the former Everton striker would “never” play for him in midfield.

Rooney has, however, featured in midfield for United — when not on the bench — and Southgate was reluctant to wade into the debate about his position.

“Look, Jose will have his opinion on what’s right for his team,” Southgate told his post-match press conference.

“I have to pick a team to get a result today. I don’t see any point in getting drawn into that.”