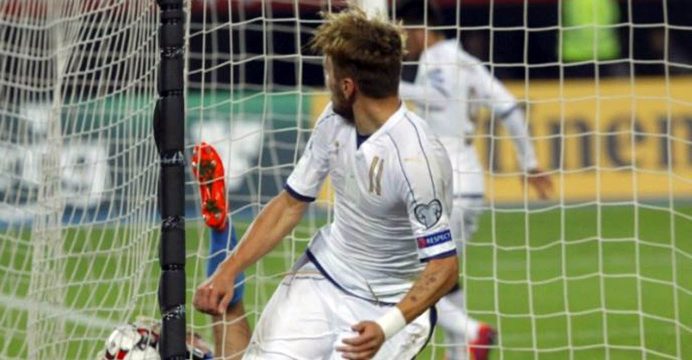 Immobile brings Italy back from brink against Macedonia

Italy’s Ciro Immobile scored twice in the last 15 minutes to earn a 3-2 win in Macedonia in Sunday’s World Cup qualifier after the four-times champions appeared on the brink of a humiliating defeat.

Macedonia led 2-1 after Ilija Nestorovski and Ferhan Hasani scored in a three-minute second-half spell and threatening a third goal when Immobile struck the equaliser in the 75th minute.

The 26-year-old then headed the winner in the second minute of stoppage time as Giampiero Ventura’s team breathed a huge sigh of relief, although critics will still want to know why they struggled for long periods.

Andrea Belotti had given Italy a first-half lead with his first international goal but, even at that point, Italy looked wobbly.

Italy, second on goal difference behind Spain in Group G with seven points from three games, extended their 10-year unbeaten record in European and World Cup qualifiers to 53 matches.

Hapless Macedonia were left still without a point. 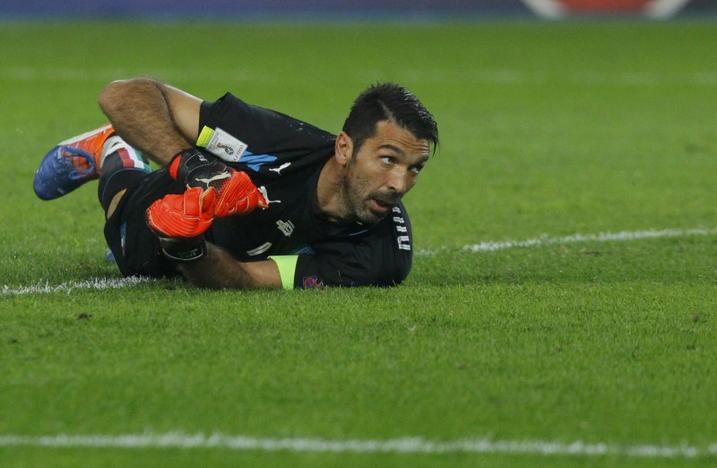 “These things happen when you have so many young players on the pitch, but I am still convinced about their quality,” said Ventura.

“We showed great character to turn the game around.”

Italy made five changes from the team which drew 1-1 with Spain on Thursday with Marco Verratti brought in to pull the strings in midfield.

Macedonia started brightly and nearly went ahead when Nestorovski thumped a dipping shot against the underside of Gianluigi Buffon’s crossbar.

Macedonia goalkeeper Martin Bogatinov made his first save to block an Immobile shot in the 23rd minute and Italy went ahead from the resulting corner, Belotti volleying home after he was left unmarked at the far post.

But the visitors fell to pieces midway through the second half.

A dreadful Verratti pass went straight to Nestorovski who advanced, made room and beat Buffon with a low drive from the edge of the area.

Almost immediately, another mistake sent Macedonia on to the attack again.

This time, Nestorovsky’s shot was blocked but the ball ran loose to Hasani who fired a low shot past Buffon, again from the edge of the area.

With Italy rocking, Buffon fumbled a long-range Besart Ibraimi shot, but the ball was cleared, then made a good reflex save to stop Daniel Mojsov’s close-range header.

Italy’s equaliser came out of the blue when Immobile turned in Antonio Candreva’s low cross.

As Italy’s confidence flooded back, Marco Parolo had a goal disallowed and Immobile won the game when Candreva chipped over another cross and he stole in at the far post to head the ball past Bogatinov.