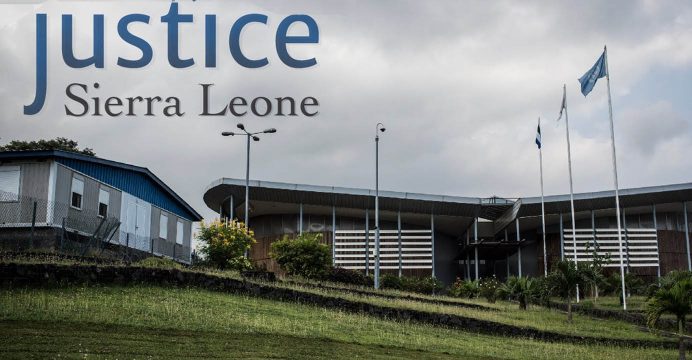 Representatives from the British High Commission (BHC), Sierra Leone Association of Journalists (SLAJ) and the Irish Embassy signalled their continuing support for the repeal of the outdated seditious and libel laws within Part 5 of the 1965 Public Order Act (POA) at the Ministry of Information & Communication’s national symposium on Tuesday 27 September at the Miatta Conference Centre in Freetown.

Speaking at the event, the Head of the Political, Press & Public Affairs, Annup Vyas, said the UK stands shoulder to shoulder with the Government of Sierra Leone (GoSL) and has pledged £240 million over two years to drive meaningful and lasting change in President Koroma’s priority sectors: health, education, energy, water, social protection, private sector development and governance. Mr Vyas emphasised that a change in the 1965 POA is an important aspect of President Koroma’s recovery agenda.

Till now, the use of the criminal libel laws has rarely led to a successful prosecution which is a sign that the legislation failed to fulfil the purpose for which it was intended and its continued use has dented Sierra Leone’s international reputation as a modern, democratic country. Decriminalising it would “boost the country’s reputation as a stable, and vibrant democracy; strengthening the institutions that are of even greater importance as we approach the 2018 Presidential and Parliamentary elections” Mr Vyas said.

The Minister of Information and Communications, Mohamed Bangura said categorically that he had the support of the Attorney General and Minister of Justice in repealing the law. Speaking at the event, he said: “I am pushing for the repeal of part 5 of the POA not because I’ve been a victim of it but because it’s a bad law and because President Koroma made a commitment that he would remove it from our law books”. President of SLAJ, Kelvin Lewis said journalism as a profession demanded that one told the truth and the criminal libel law did not recognise truth as a defence.

The Symposium, supported by a technical workshop the following day, will help stakeholders from government, the media and civil society determine a policy and legal framework that balances press freedoms. With the support of UK/Irish-sponsored media consultants, the members of the technical workshop will develop a policy paper for the Minister of Information and the Attorney General. The Ministers will ultimately deliver the White Paper defining how the Government can realise President Koroma’s commitment to repeal the seditious and criminal libel laws.