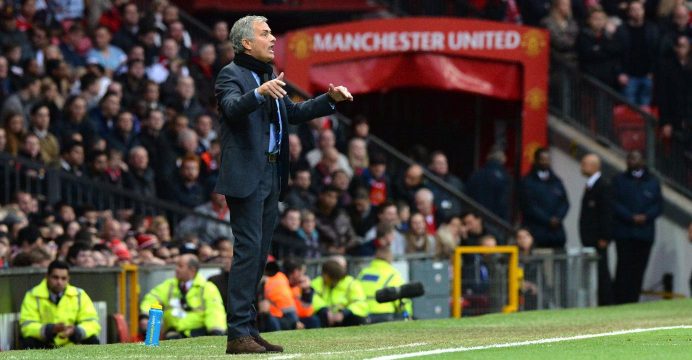 After the international break, United travel to Liverpool on Oct. 17, host Turkish club Fenerbahce in the Europa League three days later before traveling to Chelsea for a league fixture on Oct. 23, reports Reuters.

“We don’t have the best conditions because we play against two top Premier League teams who don’t have European competition. We have this poisoned gift with playing on the Monday which gives us a very difficult situation.”

When asked if he tried to move United’s top flight clash with Liverpool back from Monday, Mourinho said: “I think it’s impossible, the poisoned gift is already there. We just have to play Monday, Thursday and then the Sunday.

“But before that we have Stoke, so let us concentrate on Stoke because it is another poisoned gift because Stoke is not what the table says,” he added of Sunday’s struggling league opponents at Old Trafford.

United sit third in Europa League Group A after two matches, having lost to Dutch side Feyenoord in their opening game.