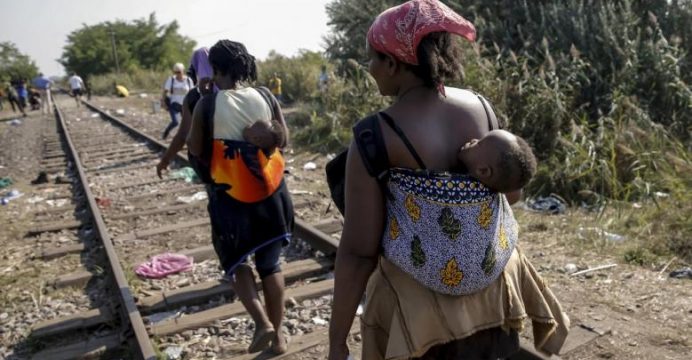 Latest polls indicate the “no” camp will comfortably win, although if the turnout fails to reach 50 percent, the vote will be deemed invalid, reports BSS.

Orban’s right-wing government has led a huge media offensive urging the eight-million-strong electorate to reject the EU proposal, which seeks to share migrants around the 28-member bloc via mandatory quotas.

The European Commission, the bloc’s executive arm, said on Wednesday the outcome would not affect the quota plan or other EU treaties, despite Orban’s insistence that the rejection of the deal would have legal repercussions for the bloc.

Nevertheless, the vote puts further pressure on a deeply split Europe, already weakened by its worst migration crisis since 1945 and Britain’s decision in June to leave the bloc.

“If referendums are going to be organized on every decision of the Council of Ministers and the European Parliament, legal security is in danger,” EC President Jean-Claude Juncker warned in late July.

Observers say a rejection of the EU deal is also likely to strengthen Orban’s role as a populist antithesis to German Chancellor Angela Merkel’s “open-door” policy.

Hungarian opposition parties have called for a boycott of the October 2 ballot, which will ask voters: “Do you want the EU to be able to mandate the obligatory resettlement of non-Hungarian citizens into Hungary even without the approval of the National Assembly?”

The deal in question, approved by a majority of EU countries last year, is aimed at easing pressure on Greece and Italy, the main entry points into the EU for hundreds of thousands of refugees mostly fleeing war in Syria.

But eastern and central European nations are vehemently opposed to the plan. Hungary has not accepted a single person allocated under the scheme and instead joined Slovakia in filing a legal challenge against it.

“I like Hungary just the way it is, and I don’t want someone to be able to change it because of an order from outside,” he said in an interview last week.

Referring to migration as “poison”, he recently called for large refugee camps to be erected outside of the EU on Libya’s coast.

Orban’s Fidesz party has held dozens of meetings with local councils across the country to drum up support for the vote.

Rights groups have accused the government of whipping up anti-migrant fears ahead of the “toxic” referendum despite only a few hundred asylum-seekers inside the country.

“Did you know that Brussels wants to settle a city-sized number of illegal immigrants in Hungary?” warns one of the thousands of posters plastered across billboards nationwide. Others link immigration to terrorism and crime.

“The referendum idea has primarily been about making 2016 about migration despite the absence of migrants in the country,” political analyst Andras Biro-Nagy told AFP.

In the unexpected event that Orban fails to garner the required turnout vote, “he could face calls for his resignation”, Biro-Nagy added. The vote is the latest in a long string of anti-migrant measures pushed by the Hungarian government since last year.

Around 400,000 people trekked through Hungary toward western Europe in 2015 before Orban sealed off the southern borders with razor wire in the autumn and brought in tough anti-migrant laws, reducing the flow to a trickle.

Other countries on the western Balkan route also shut their borders,leading to some 60,000 migrants currently stuck in Greece. The EU said on Wednesday it hoped to relocate half of them by the end of next year. An EU deal struck in March with Ankara to halt the influx looks shaky in the wake of a coup attempt in July.