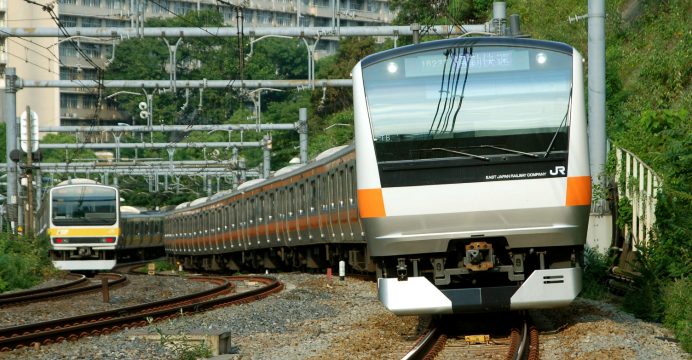 Train driver urinated over the railway track in Japan

Japanese train operator JR East has apologised after a driver urinated over the railway track while on duty because he did not want to delay services by using the toilet, media reported on Saturday.

The driver, in his 50s, felt the urge to go on Monday as his train stopped at Sakura station in Chiba, southeast of Tokyo, public broadcaster NHK and the Asahi Shimbun said, reports BSS.

He then opened the cabin door away from the platform and urinated over the rails before departure as he did not want to cause a delay by going to the restroom, Asahi said.

The company, which received a report of the case from an eyewitness, instructed him to go to the restroom if necessary, NHK said without clarifying if he would be punished.

“We deeply apologise for giving distrust and uneasiness to our customers,” the company said, according to NHK. “Taking this case sincerely, we will provide thorough instruction and never repeat similar incidents.”

The case comes after a bullet train driver came under fire earlier this month as an online photo emerged of him operating it with his feet up.

Central Japan Railway said the 29-year-old acknowledged that he operated the high-speed train in that position for 10 seconds and the company vowed a “strict response”.