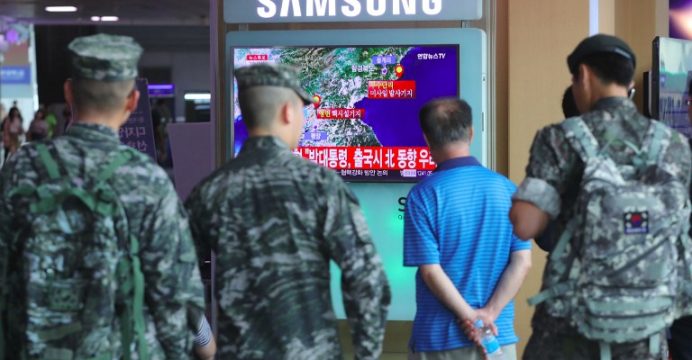 South Korean newspapers sounded the alarm Saturday over what one termed the “nuclear maniac” Kim Jong-Un, saying the North Korean leader’s fifth and the biggest nuclear test is a game-changer demanding a tougher response.

One newspaper urged Seoul to persuade its ally Washington to redeploy tactical nuclear weapons withdrawn from South Korea in the early 1990s. The Joongang Ilbo also urged China to cut off oil supplies to its ally and neighbor, reports BSS.

Kim had “crossed the river of no return”, it said in an editorial headlined “The North’s fifth nuclear test that expedites its own demise”. 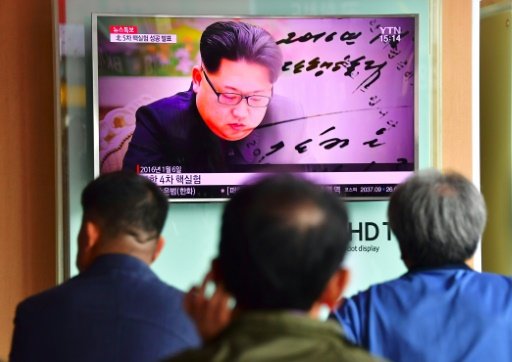 The banner headline of the top-selling Chosun Ilbo read “South Korea left unguarded before nuclear maniac”. Splashed below was a cartoon of Kim mounted on a galloping horse, his face distorted with anger and his hands clasping nuclear missiles.

In an editorial entitled “Counter-measures against the North’s nuclear program must change completely”, Chosun said the North had been successful in its “nuclear gambling” but cracks had begun to appear inside its system.

“We must set up and actively pursue a strategy to isolate Kim Jong-Un and his clique from within and topple them”, the conservative paper said.

The leftist Hankyoreh daily also said it “strongly condemns” the latest nuclear test. But it said the repeated tests reflect a failure in the existing approach to the mounting crisis.

“There won’t be any solution in expressing anger to the North and keeping putting pressure on it. We must go beyond Cold War-style confrontation,” it said.

“We must stop pinning our hopes on the unrealistic theory that the North is coming close to implosion. Instead, a new, comprehensive strategy is needed.”