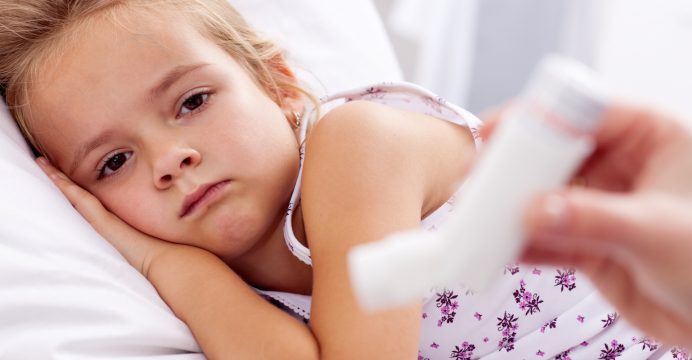 The findings are presented today (5 September, 2016) at the European Respiratory Society’s International Congress.

Researchers analysed data from the Copenhagen School Health Records Registry and the Danish National Patient Registry. They linked information on BMI measurements taken annually (age 7-13 years) in over 300,000 schoolchildren to hospital admissions for asthma in early adulthood among the same group.

The analysis showed that risk of asthma admission was significantly higher for overweight than for normal- and underweight women, with the strongest link seen with the BMI measurements taken at the age of 13.

Overweight women had a 39% increased relative risk of asthma admission. On the contrary, men who were underweight in childhood had a higher risk of asthma admission in early adulthood compared to men with normal BMI, with the strongest link seen with the BMI measurements taken at the age of 12. Underweight boys had a 24% increased relative risk of being admitted with asthma.

Professor Charlotte Suppli Ulrik, lead author from the Hvidovre Hospital and the University of Copenhagen in Denmark, said: “Our findings present an intriguing look at the differences we see between men and women when we identify predictors of asthma among children. This could be due to a range of factors including levels of physical activity, lung mechanics and different environmental factors.

“We hope that our findings can aid clinicians identifying asthma risks in different individuals. By understanding which individuals are at risk of developing more severe asthma, we can  encourage lifestyle changes that can help reduce this risk.”