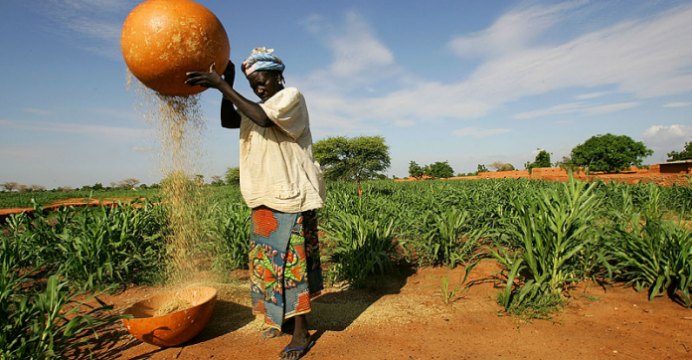 Nigeria looks to agriculture to help lift itself out of recession

Too broke to pay for costly imports of rice and palm oil, Nigeria is looking to agriculture to help lift itself out of a recession. The once-flourishing sector was abandoned during the oil boom but has the potential to grow as Nigerian President Muhammadu Buhari pushes to diversify Nigeria’s economy, reports BSS.

In a grim recent report, the National Bureau of Statistics said the country’s economy contracted in the second quarter by 2.1 percent, with the oil sector suffering a double-digit decline.

Crude-addicted Nigeria has been hit hard by the global fall in oil prices, which has reduced government revenues and driven inflation to an 11-year-high of 17.1 percent in July. 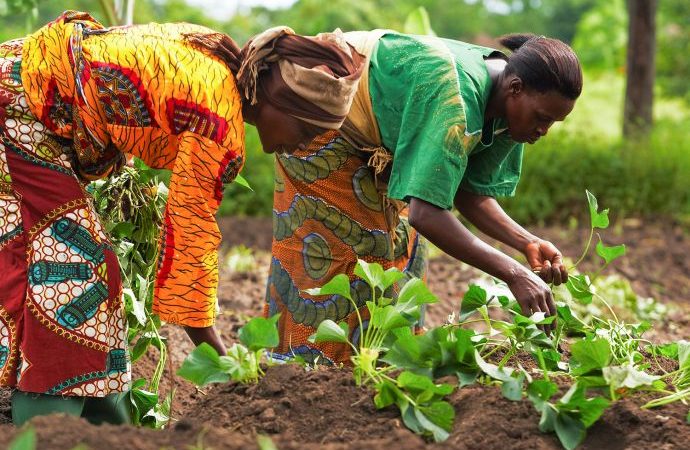 Nigeria usually gets 70 percent of its revenue from oil sales but the crash has left the government cash-strapped and struggling to pay civil servant wages.

The dire situation has spurred the Nigerian government to look for ways to encourage sustainable growth. Agriculture seems a good place to start. With 84 million hectares of arable land spanning the jungles of the south to the Sahara desert in the north, Nigeria can produce a range of food and cash crops for local needs and exports.

Today Nigeria’s food imports are estimated at over 20 billion dollars annually, according to the agriculture ministry. A 50kg bag of rice, likely imported from Thailand, now sells for 20,000 naira ($63) compared to 8,000 naira at the beginning of the year, prompting the authorities to encourage people to farm.

In the southeastern state of Imo, Governor Rochas Okorocha has asked civil servants to work just two days and devote the rest of the week to farming cassava, corn, and yams.

In central Benue and Sokoto states in the north, workers have been directed to close shop early so they can tend to their crops.

Moving Nigeria away from smallholder farming towards commercial agriculture is a priority.

“If we get it well in agriculture, we will get it well in the economy,” Vice President Yemi Osinbajo said last month while launching a policy document on the development of the sector.

Osinbajo urged Nigerians to be patriotic and buy ‘Made in Nigeria’ products. Decades ago, that wouldn’t have been difficult.

Nigeria used to be world’s number one exporter of palm oil, ahead of Malaysia and Indonesia, central bank data shows.

It was also a leading exporter of cocoa, accounting for 18 percent of global production in the 1960’s, according to the Cocoa Association of Nigeria.

But now, the country imports palm oil from Malaysia and only accounts for a paltry eight percent of global cocoa exports.

Farmer Lukman Busari told reporters access to credit is the strangling development of the sector.

“Farmers are finding it difficult to obtain loans at reasonable rates,” he said, explaining that the 14 per cent lending rate decimates his profits from his cassava farm in southwest Ogun state.

Farmer Oluranti Adeboye, who entered the business in 2008 after quitting his government job, says unreliable power supply and poor roads drain his energy and limit his company’s growth.

“I have 5,000 hectares of land on which I grow cocoa, cassava, plantain, kolanut and run fish ponds,” he said, showing reporters the large expanse of land at Shofolu village, also in Ogun state.

Days of torrential rains made the road leading to the farm muddy and slippery, and farm assistants donned boots and raincoats as they nurtured fresh cocoa seedlings ahead of the next planting season.

“We want government to provide infrastructure like good roads, electricity, water, and finance to support us,” Adeboye said.

“Government has to provide the enabling environment for our business to thrive.”

Nigerians hope to see the country not only growing the produce but processing it too.

“If we really want to diversify from oil and create proper value, agriculture must give birth to industry,” said popular This Day newspaper columnist Simon Kolawole.

Some are already putting those words into practice. As well as building a tomato paste factory, Africa’s richest man Aliko Dangote is investing $1 billion in commercial rice farming with the first harvest expected to hit local markets in December.

That means Nigerians may finally enjoy for the first time in years a steaming plate of jollof rice — a popular tomato-infused dish — made from ingredients grown in their own backyard.