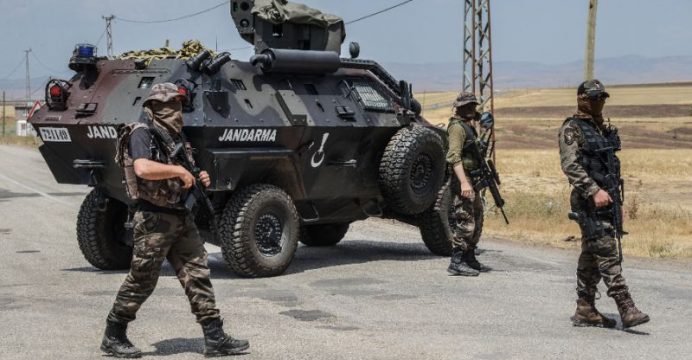 14 killed in 3 incidents in Turkey, blamed on Kurdish

Turkish security forces suffered a bloody 24 hours after 13 soldiers and a village guardsman were killed in three separate incidents in the country’s east and southeast, blamed on Kurdish militants, reports BSS.

Three Turkish soldiers were killed during an operation against rebels from the outlawed Kurdistan Workers’ Party (PKK) in the southeastern province of Hakkari on Saturday morning, state-run news agency Anadolu reported.

Another 20 soldiers were wounded, three of whom seriously injured in the incident close to the border with northern Iraq, the agency said. 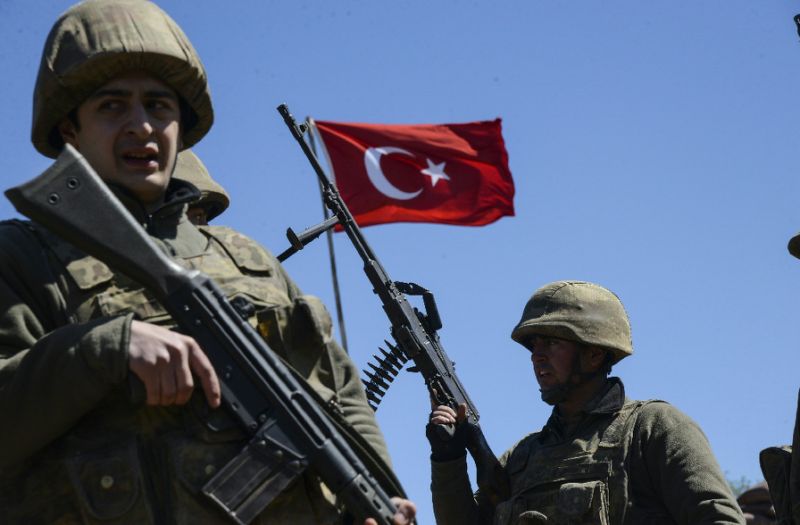 The Turkish military has repeatedly over the last year ordered operations and curfews in southeastern urban centers, including Cizre, long been seen as having large PKK support

Another eight soldiers were killed during clashes with the “separatist terror organisation”, which authorities use to refer to the PKK, in the eastern province of Van on Friday, the governor’s office said.

Eight soldiers were also injured in the same operation, the office said in a statement and late on Friday, two soldiers and a village guard were killed in an attack on a checkpoint in Mardin in the restive southeast blamed on the PKK, the agency reported.

The guard killed was part of a group of local residents who cooperate with Turkish security forces against the PKK, listed as a terror group by Ankara and its Western allies. Three security guards were also wounded.

In a statement, the Van governor’s office said the condition of those in the hospital was “good”, although their treatment continued.

Thirteen PKK fighters were killed by Turkish jets around the Tendurek mountains in Van province, the office said, while Anadolu reported that the operation supported by the air force continued.

Attacks against Turkish military have continued with almost daily attacks since the July 15 failed coup which tried to oust President Recep Tayyip Erdogan from power.

Since the collapse of a two-year ceasefire in July, Anadolu reported over 600 Turkish security force members have been killed by the PKK in renewed fighting.

The government has responded with military operations against the group, killing more than 7,000 militants in Turkey and northern Iraq, the agency said. It is not possible to independently verify the toll.

Activists claim innocent civilians have also been killed in the offensives. More than 40,000 people have been killed since the PKK first took up arms in 1984.