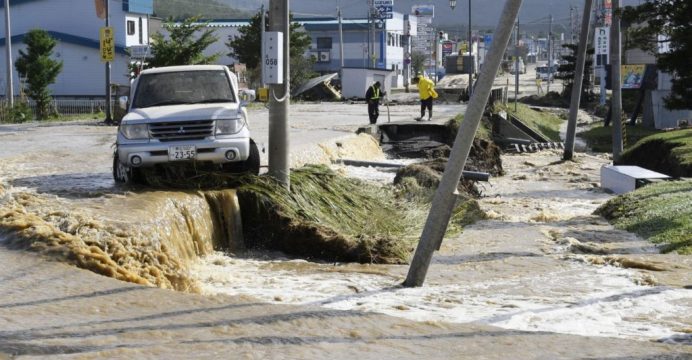 The death toll from a devastating typhoon in northern Japan rose to 14, officials said Friday, as another powerful storm approached the country’s south. Two bodies were found separately near rivers on the island of Hokkaido, a police spokesman told, reports BSS.

On Thursday evening, police also found a body near a flooded river in the hard-hit town of Iwaizumi in the northern part of Honshu island, public broadcaster NHK said. 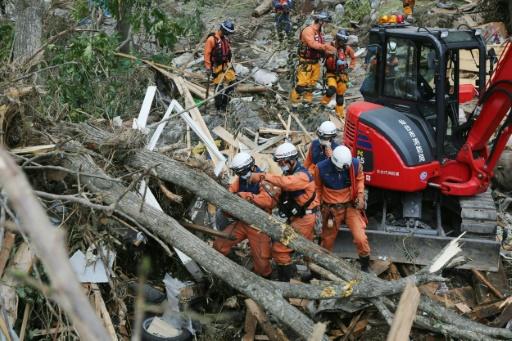 Overflowing rivers wreaked havoc, stranding many communities in the country’s largely agricultural north. Iwaizumi was the hardest hit, with 12 people dying in the town, including nine who were buried inside a building of an elderly care facility.

As of Friday morning, more than 1,000 people were still cut off in isolated communities in Iwate prefecture, which includes Iwaizumi, the prefectural government said.

Lionrock was the third typhoon to strike Japan’s northeast in about 10 days, the previous two causing at least two deaths.

Japan faced another strong typhoon, Namtheun, which was heading north toward the southern main island of Kyushu with gusts of up to 180 kilometres per hour, according to the Japan Meteorological Agency.

Namtheun was on track to pass near the small subtropical island of Amami, which lies between Okinawa and Kyushu, on Saturday, the agency said.

In 2013, a powerful typhoon that triggered massive landslides on Oshima island, 120 kilometers (75 miles) south of Tokyo, killed 40 people, while 82 died after a typhoon hit Japan in 2011.