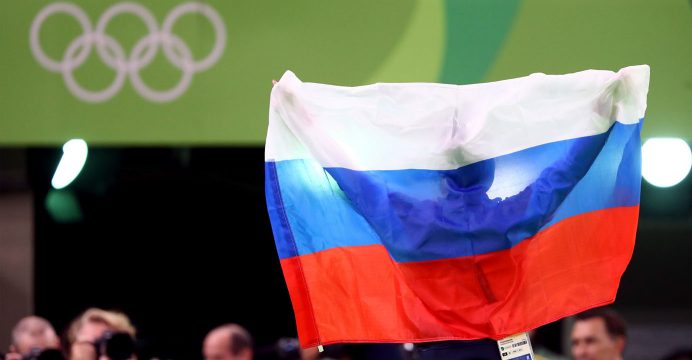 Russia has lost its appeal against a ban from next month’s Rio Paralympics because of a state-sponsored doping programme, the Court of Arbitration for Sport (CAS) said on Tuesday.

The decision to exclude Russia’s team, initially made on Aug. 7 by the International Paralympic Committee (IPC), means at least 260 competitors from the country are now set to miss the Sept. 7-18 event.

The IPC went further than the International Olympic Committee (IOC), which stopped short of a blanket ban on Russia at this month’s Rio Games and left the decision instead in the hands of international sports federations.

CAS, sport’s highest tribunal, said its panel found the IPC “did not violate any procedural rule in dealing with the disciplinary process” which led to Russia’s suspension.

It added the ruling was “proportionate in the circumstances” and that the Russian Paralympic Committee (RPC) “did not file any evidence contradicting the facts on which the IPC decision was based”.

“There were no reasons to dismiss (the appeal) but it happened,” Mutko was quoted as saying by the TASS news agency before adding “those bodies that should defend Paralympians do not do it and punish them instead”.

Russia can now appeal to the Swiss Federal Court although it can only overturn the CAS ruling on the basis of a procedural mistake and not on the merits of the case.

Alexei Karpenko, a lawyer representing the RPC, said an appeal would be considered once CAS had issued its full, reasoned decision.

The whole dispute centres on a World Anti-Doping Agency (WADA) report that found the Russian government and the FSB security service had, over years, covered up hundreds of doping cases across the majority of Olympic sports and Paralympic events.