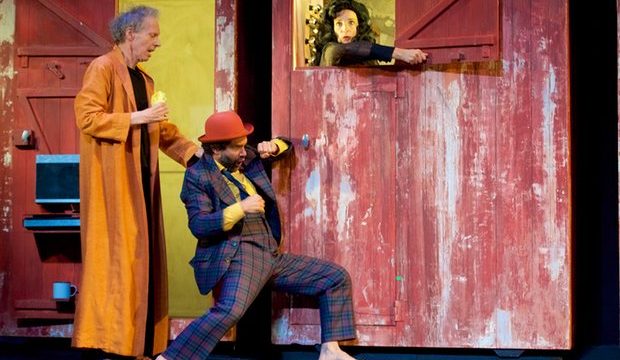 Shakespeare in many guises at Edinburgh Festival

Rapping, drunkenness and “Star Wars” are some of the twists given to William Shakespeare’s plays at the Edinburgh festival this year, marking the 400th anniversary of his death.

It may not always be clear whether the treatment of the English playwright’s work is homage, mockery or a mixture of both, but packed theaters at the world’s largest annual cultural event are testament to his continued popularity and versatility, reports Reuters. 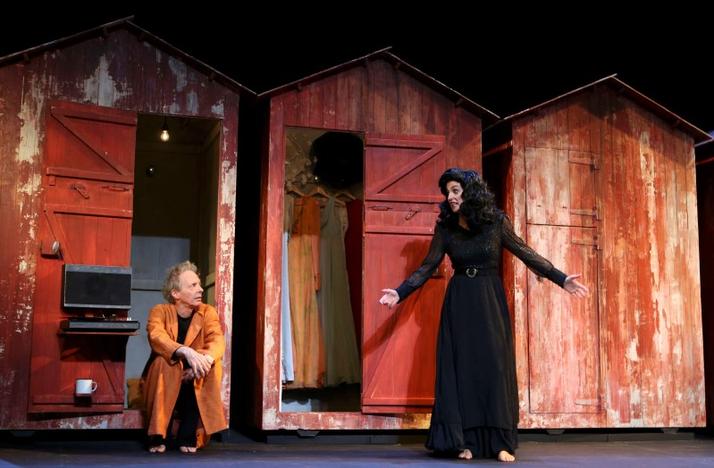 Dozens of reimaginings of Shakespeare’s work at the festival include “Measure for Measure” in a mesmeric and critically acclaimed Russian-language staging. In a different version, the actor playing villain Angelo says his lines in a rap style and grabs a “victim” from the audience to be dressed up as a nun.

Shakespeare, who died in 1616, wrote 38 plays and 154 sonnets which have been translated into over 80 languages and are performed the world over. A British Council survey earlier this year found he is internationally known and understood, but more popular in non-English speaking countries.

One Edinburgh version of “A Midsummer Night’s Dream” has King of the Fairies Oberon as Obi-Wan Kenobi from Star Wars, while “Romeo and Juliet” is told in Chinese operatic style. The festival also offers an animated version of “The Tempest” and a French-language “Twelfth Night” set at a 1970s seaside resort.

“Measure for Measure” as performed by “Shit-Faced Shakespeare” has toured Britain and the US for seven years, winning sell-out runs due to its unique approach: before every performance one cast member is chosen to get drunk before going on stage.

The idea is “classical theater as it was always meant to be seen,” according to theater company behind the idea, Magnificent Bastards.

The play’s Angelo this week had to apologize shortly after walking onstage for insulting the Bard in bawdy language.

The audience is invited to pause the show at any point, should they see the actor sobering, and immediately he is required to have another drink to chants of “Chug, chug, chug!”

Those who feel the treatment is disrespectful of the great playwright’s work may take solace from Shakespeare himself: “There is nothing either good or bad, but thinking makes it so.”