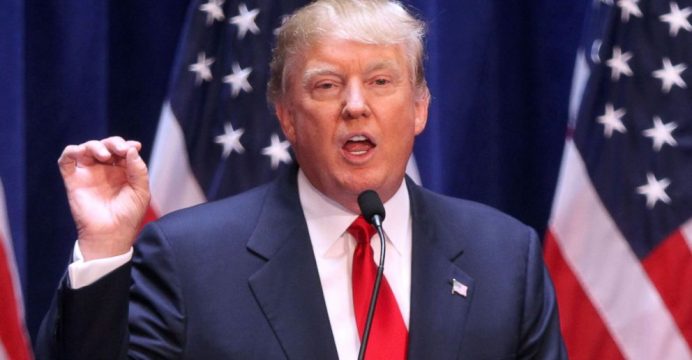 Republican presidential nominee Donald Trump visited flood-ravaged Louisiana on Friday, criticizing the US president for not doing the same, as the region grapples with a historic disaster that killed 13 people, reports BSS.

Trump and his vice presidential nominee Mike Pence met with local Republican leaders and emergency officials and toured areas that just a few days ago were inundated with several feet of water.

President Barack Obama meanwhile announced he is headed to Louisiana on Tuesday, after days of criticism from some in the southern state for not visiting during the week-long ordeal, which culminated with the Republican candidate on the ground and the president still on vacation. 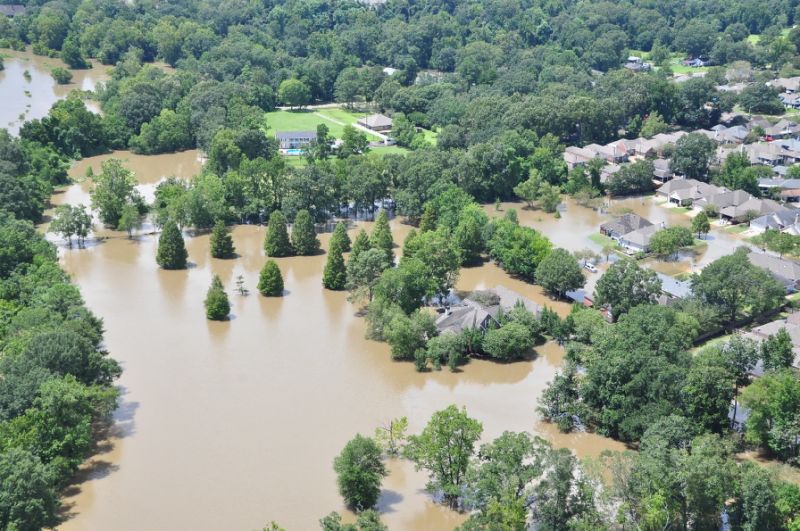 Flooded areas of Baton Rouge, Louisiana, are seen from the air on August 15

“Honestly, Obama ought to get off the golf course and get down there,” Trump said at a campaign rally later in the day in Michigan, alluding to the president’s Wednesday golf game.

Officials said about 40,000 homes were impacted by the floods, and more than 86,000 people had so far registered for federal aid — with that number expected to grow.

In announcing Obama’s planned visit, the White House said the president would be “mindful of the impact that his travel has on first responders” and did not want to “interfere with ongoing recovery efforts.”

Louisiana Governor John Bel Edwards had previously indicated he would prefer Obama wait at least a week before visiting, to avoid pulling law enforcement officers away from the recovery effort in order to implement presidential security.

“We need every person to focus on continuing to rescue people,” the state’s lieutenant governor Billy Nungesser told MSNBC, agreeing with Edwards.

“The team he (Obama) has on the ground in Louisiana is doing a great job,” said Nungesser, a Republican who greeted Trump when he arrived in Louisiana.

Asked during a late afternoon news conference to comment on Trump’s visit, Edwards avoided the subject. His office had put out a statement earlier in the day saying he had not been informed of Trump’s visit, but welcomed him as long as it was not “for a photo-op.”

“Instead, we hope he’ll consider volunteering or making a sizable donation to the LA (Louisiana) Flood Relief Fund to help the victims of this storm,” the statement read.

Democratic presidential nominee Hillary Clinton released a statement saying she had spoken with Edwards and the best course of action was to highlight the need for donations.

“Right now, the relief effort can’t afford any distractions,” Clinton said. “The very best way this team can help is to make sure Louisianans have the resources they need.”

The first financial analysis of the disaster was released Friday by the Baton Rouge Area Chamber, an economic development group. It suggested that the flood impact may be greater than first thought.

The analysis found that as many as 110,000 homes worth $20.7 billion — most without flood insurance — were likely damaged in about half of the flooded parishes.

While in Louisiana, Trump and Pence saw some of that damage first-hand, meeting with disaster relief volunteers, touring damaged structures, meeting an elderly couple who climbed to the roof of their home to survive the flood, and joining a short briefing with emergency officials.

Ascension Parish Sheriff Jeffrey Wiley, who said he was in the briefing, told CNN that the candidate’s visit helped bring much-needed national attention to the disaster. “I will tell you he was very gracious and a good listener,” Wiley said.

As the catastrophe unfolded over the past seven days, many in the state lamented the lack of national media coverage which would help bring more donations for victims. The White House has said the president received daily updates on the disaster, but the Baton Rouge newspaper The Advocate took him to task for not yet visiting in person.

“Obama should recognize that leadership involves symbolism as well as substance. In times of profound need, people need to see their president up close,” The Advocate said in an editorial.

The newspaper did give credit to the president for quickly responding when the state requested a federal disaster designation for much of its southern areas.

Obama granted the designation to 20 of the state’s 64 parishes — Louisiana’s equivalent to counties. The president also sent surrogates to monitor and help in the disaster response, including Homeland Security Secretary Jeh Johnson.

The White House said that in his visit next week, the president will get “a first-hand look at the impact of the devastating floods… and tell the people of Louisiana that the American people will be with them.”