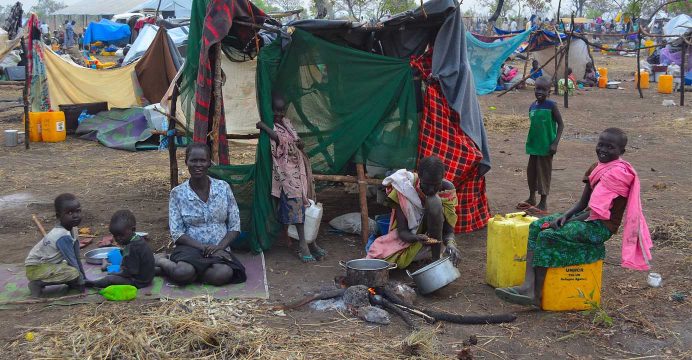 The Government of Uganda – Office of the Prime Minister (OPM), United Nations High Commissioner for Refugees (UNHCR) and World Food Programme (WFP) have appealed to donors to urgently speed contributions to the humanitarian response to refugees in Uganda to end a funding shortage that has forced a revision of survival rations.

Around 200,000 refugees who arrived in Uganda prior to July 2015 will have their food rations or cash assistance reduced by 50 percent from this week. Low levels of funding, together with a large number of new arrivals fleeing to Uganda from South Sudan since 7 July, has left the refugee response with no choice but to re-prioritize their focus on those refugees in greatest need. Refugees who arrived in Uganda after July 2015, as well as those who have been identified as particularly vulnerable, such as the elderly, orphans, the chronically ill and those in need of treatment for malnutrition, will continue to receive a full ration.

Refugees receiving full rations are provided with 2,122 calories of food per person per day, in line with the minimum recommended daily allowance, during their first year, decreasing as they become increasingly self-reliant during their time in Uganda. Other refugees receive cash assistance in place of food rations, which also provides them with the opportunity to exercise greater personal choice. 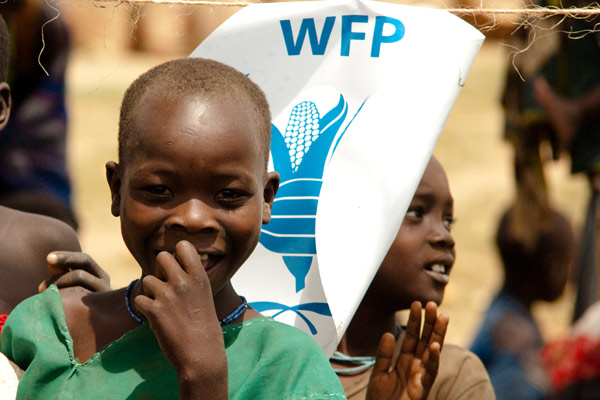 “We are grateful to donors for their unwavering support so far but we appeal to the international community to do more,” said OPM Commissioner for Refugees David Apollo Kazungu. “People are fleeing because they are afraid for their lives. Our communities are welcoming them and giving them what we can: land and hope for a better future. But our message to the international community is this: we need your help to meet their basic needs until they are able to stand on their own two feet.”

WFP requires approximately US$7 million every month to provide life-saving food assistance to refugees in Uganda. Despite the generous support of donors, the humanitarian response requires an additional US$20million to restore full food rations to refugees for the rest of the year.

“We have done everything we can to avoid this, but we have been left with no option but to reduce food assistance for many of the refugees in Uganda, in order to stretch available resources and prioritize the most vulnerable new arrivals,” said Mike Sackett, WFP’s acting Country Director for Uganda. “We hope that this is temporary, and we are working as hard as we can to raise the resources needed to restore the full level of food assistance for as many refugees as possible.”

The humanitarian response to South Sudanese refugees in Uganda was already severely underfunded before the outbreak of violence in Juba on 8 July, which has since prompted more than 70,000 people to cross the border into Uganda. New arrivals have spoken of armed groups operating across various parts of South Sudan, attacking villages, burning down houses, murdering civilians, sexually assaulting women and girls and forcibly recruiting young men and boys into their ranks.

“Never has the international community been more generous in its donations towards refugees,” said acting UNHCR Representative to Uganda Bornwell Kantande. “At the same time, never has the gap between what is being provided and what is needed to be been larger. We thank the donors for their continued generosity and support while urging them to further fund humanitarian organizations in order that we may continue providing refugees in Uganda with the life-saving assistance they critically need.”