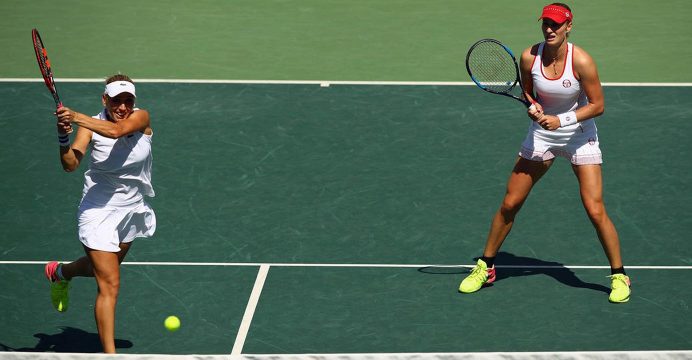 In collecting silver, former world number one and seven-time Grand Slam singles winner Williams pocketed a record-equalling fifth Olympic tennis medal. It was also a day to remember for Hingis – herself a former world No1-ranked player and a five-time Grand Slam singles champion – as she stepped onto the podium fully 20 years after her one previous Olympic appearance at Atlanta 1996.

She and Bacsinszky had no answer to Makarova and Vesnina, however, the Russians scooping their country’s seventh gold medal of Rio 2016. Regular partners since 2012 and the winners of two grand slam tournaments, Makarova and Vesnina produced some deft serve-and-volley play to win 6-4 6-4. 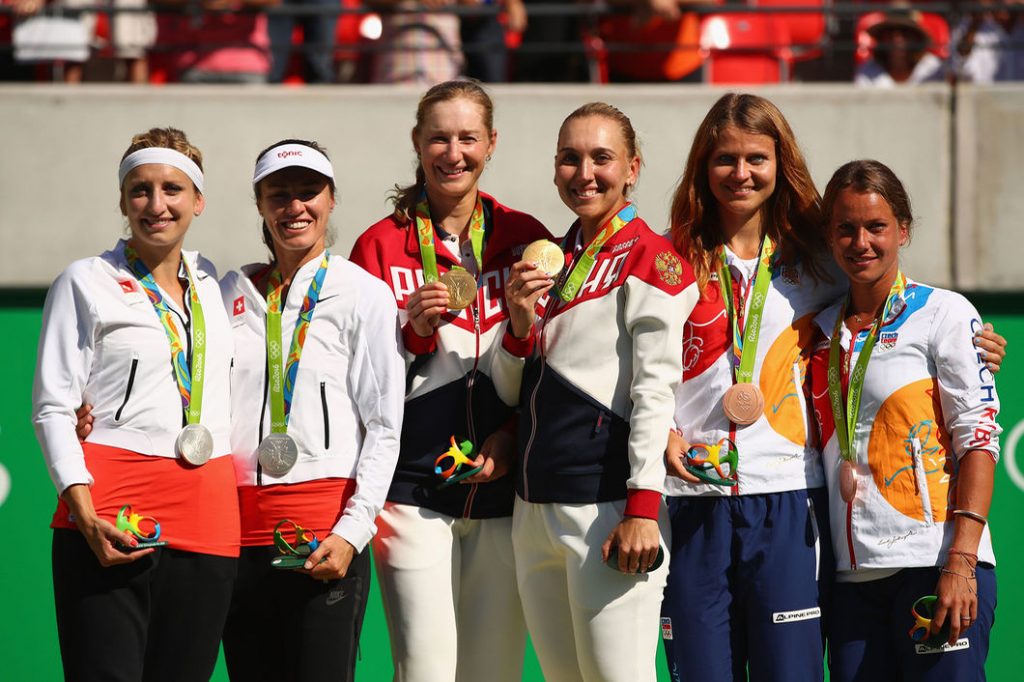 “We stuck together. We knew what we wanted and it’s incredible that we got this gold medal in the end,” said Vesnina afterwards. “We wanted an Olympic medal, especially a gold medal since we were juniors,” added Makarova. “It was our dream since we were kids. I have a medal from the Olympics and it’s much more than the grand slams.”

Delighted to be back on the Olympic stage, Hingis said: “I think if you asked me 10 years ago if I would be here in Rio, I would say you’re crazy because I didn’t play for six years, and being able to play for gold is unbelievable. Of course, you are a little disappointed (not to win gold), but looking back it’s been an incredible journey.”

Played on Saturday, the bronze-medal match went the way of the Czech Republic’s Lucie Safarova and Barbora Strycova, who beat fellow countrywomen Andrea Hlavackova and Lucie Hradecka in straight sets. 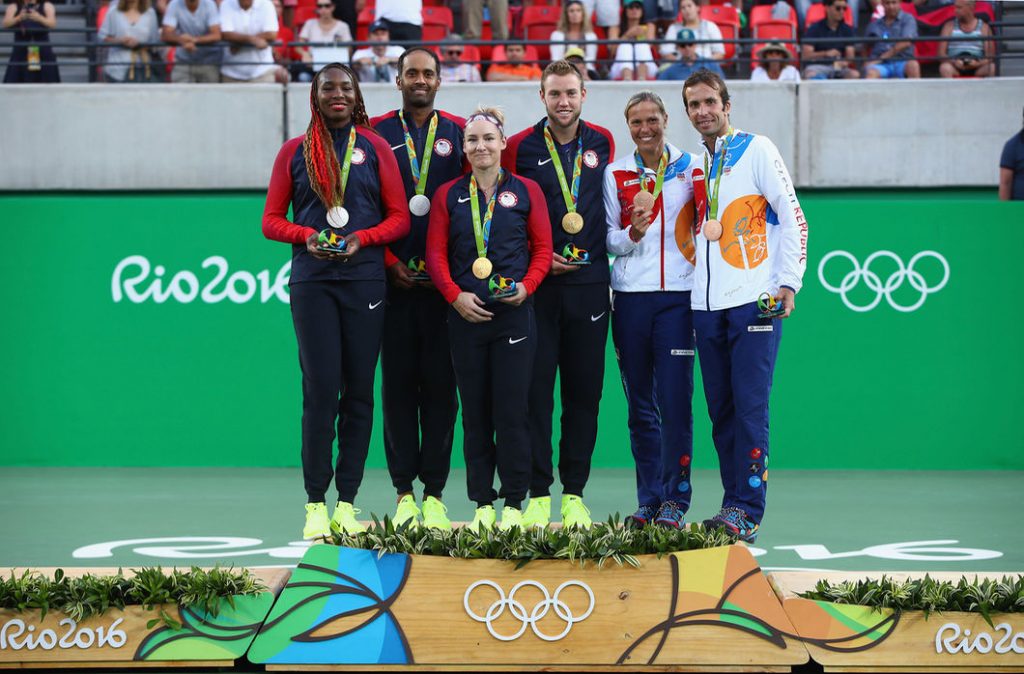 Meanwhile, Williams was thwarted in her bid to match Great Britain’s Kitty Godfree’s long-standing Olympic tennis medal tally with yet another gold. The older of the two Williams sisters, who has won the women’s doubles three times with sibling Serena as well as a singles gold, looked on course for a fifth Olympic title when she and Ram took the first set on a tie break. Mattek-Sands and Sock were intent on collecting gold, themselves, however, and fought back to win the second set 6-1 before edging the match tie break 10-7.

Ranking her win alongside her career achievements, Mattek-Sands said: “It’s probably going to be on the top. This is my first Olympics to be selected. I don’t even think it’s even comparable. I’m super proud of myself for my grand slam titles, but this is the Olympics, it’s a different category.”

A men’s doubles bronze medallist with Steve Johnson on 12 August, Sock commented: “To have this gold medal around our necks is pretty surreal and pretty special. Definitely a moment we will never forget and something we will always share.”

Looking back on the final, Williams said: “You always go into a match trying to win it and you never know if you are going to be able to cross that line. So I really feel just excited that we played really well the whole tournament. I’m excited that we had chances and put ourselves in a position to win that match and you can’t ask for more.”

Summing up her time in Rio, she added: “It’s been an amazing experience, five Olympics for me. It’s surreal that I even came out with any hardware at all. It’s so well contested here, every single one.”

In the battle for mixed bronze, Lucie Hradecka and Radek Stepanek secured another tennis medal for the Czech Republic in beating Sania Mirza and Rohan Bopanna of India 6-1 7-5.