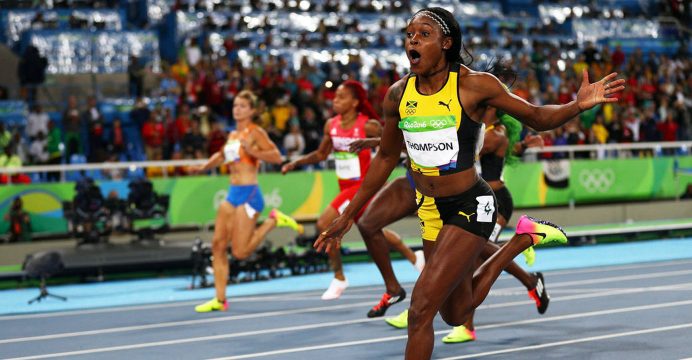 At rio 2016, Elaine Thompson inherited the mantle of world’s fastest woman from fellow jamaican shelly-ann fraser-pryce, as Mo Farah battled back from a fall to retain his 10,000m crown.

Fraser-Pryce, who took bronze in a fantastic final, became the third athlete in two days to fall short in a bid to win three individual athletics titles in a row, after Ethiopian 10,000m runner Tirunesh Dibaba and New Zealand shot-putter Valerie Adams also had to settle for medals of another colour.

Farah will now seek to retain the 5,000m too, hoping to emulate Finn Lasse Viren, the only man to defend both titles in 1976. Every one of Farah’s Olympic triumphs has come in virtually the same way as he sits in behind a group of Ethiopians and Kenyans before blasting out an unstoppable final lap. 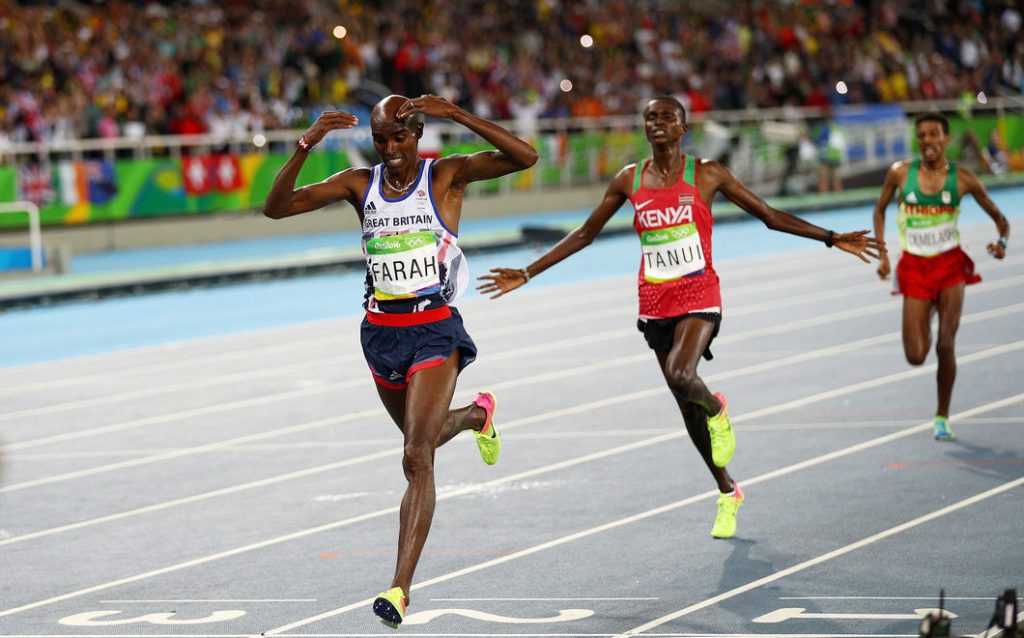 There was a twist on this occasion, however, as he tripped and fell early in the race when he tangled with his American training partner Galen Rupp with 16 laps remaining.

He bounced up quickly though and with the East Africans failing to test him by pushing the pace, there was an air of inevitability about the outcome as he swept past Kenya’s Paul Tanui and roared home.

“It’s hard mentally when you go down,” a tearful Farah admitted. “I got emotional because you put so much work in and in one moment it’s gone. That one moment could be it.”

The women’s 100m final initially appeared impossible to call after all eight women qualified in sub-11 second times. But as it turned out, Thompson emerged as a comfortable winner in 10.71 after hitting the front at halfway.