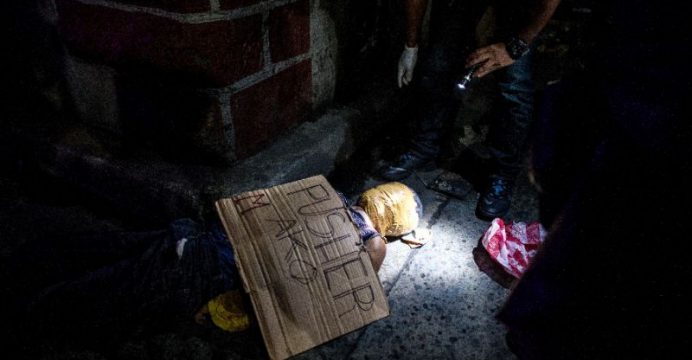 The Philippines vowed to investigate reports of Drug killings

The Philippines has vowed to investigate reports of a wave of extrajudicial killings, the government said on Sunday, after Washington warned military aid to its Asian ally was dependent on respect for human rights, reports BSS.

According to media reports, nearly a thousand people have been killed since President Rodrigo Duterte won a landslide election victory in May largely on a pledge to kill tens of thousands of criminals.

The US embassy warned the Duterte government on Friday that millions of dollars of military aid allotted to the Philippines was tied to adherence to the rule of law, due process and respect for human rights. 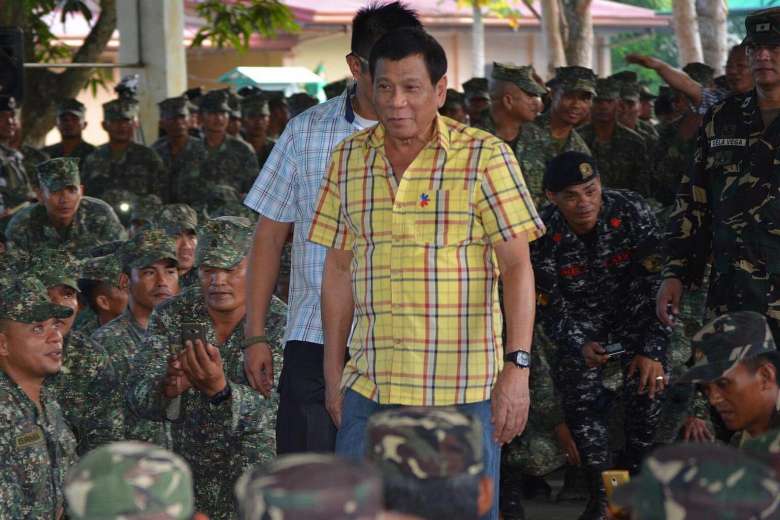 Philippine President Rodrigo Duterte arrives at a military camp in the town of Jolo, Sulu province on August 12

“We are concerned by reports regarding extrajudicial killings of individuals suspected to have been involved in drug activity in the Philippines,” it said.

“We strongly urge the Philippines to ensure its law enforcement efforts are consistent with its human rights obligations,” the embassy added.

A Philippine foreign department statement sent to reporters on Sunday said that it took note of US views on the issue, adding Manila was focused on the eradication of drugs in society.

“Nevertheless, while pursuing this objective, the Philippine government is committed to the rule of law, and the protection of human rights for all.”

It added: “We do not condone any unlawful killings and Philippine authorities have been instructed to immediately look into these incidents and bring the perpetrators to justice.” Philippine police said Friday they had killed 550 drug suspects while arresting nearly 8,000 others since after the May election.

However, ABS-CBN, the country’s largest broadcaster, said more than 400 other people have been killed since then by shadowy assassins who leave cardboard signs beside their victims accusing them of narcotics crimes. Police said that while it was investigating these other killings, no suspects had been arrested.