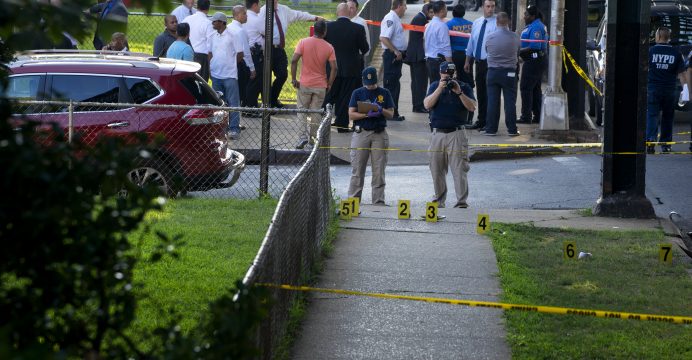 Imam and his assistant shot to death by gunman in Queens

A lone gunman executed a revered Queens imam and his friend as the pair walked home from Saturday prayers, blasting each in the back of the head without a word, officials said.

Mosque leader Maulama Akonjee and friend Thara Uddin were dressed in Muslim garb when the killer “approached from behind and shot” from point-blank range, said NYPD Deputy Inspector Henry Sautner of the Queens South Detective Bureau. 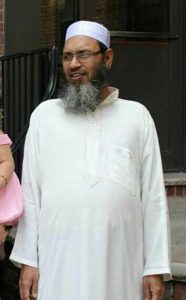 Akonjee, 55, a married father of three, was a respected religious leader since his arrival in Queens from Bangladesh less than two years ago. Uddin, 65, died about four hours after the attack.

“We are all crying,” said his brother Mashuk Uddin. “There’s so much crying.”

Scores of worshipers from the mosque gathered within hours at the murder scene to denounce the cold-blooded ambush as a hate crime.

“That’s not what America is about,” said local resident Khairul Islam, 33. “We blame Donald Trump for this . . . Trump and his drama has created Islamophobia.”

A high-ranking police source said the NYPD Hate Crimes Task Force would investigate, but it was “too early to say” what the motive was.

Witnesses described a chaotic scene where the silent shooter started blasting at the two unarmed victims in the middle of a blistering August afternoon.

“We are devastated,” said Kobir Chowdhury, president of a different neighborhood mosque. “We need to get to the bottom of this. We need to know if they did this just because of our religion.”

Local residents described the imam as a pious, well-regarded member of the community. Akonjee was leaving for Bangladesh in 10 days to attend his son’s wedding, said Ahmed Zakria, a member of the mosque.

The imam was “a very sweet, soft-spoken, humble man,” said Chowdhury, 40. “He’s a role model as an imam, as a father, as a community member. He didn’t have any disputes with anybody.”