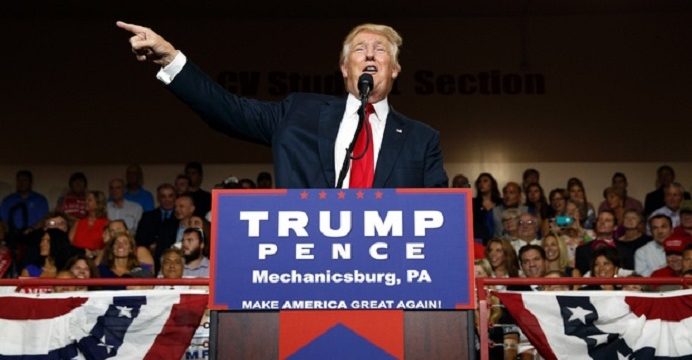 More than 70 influential Republicans have signed a letter urging the party to stop spending money on Donald Trump’s presidential campaign and direct it instead to November’s congressional races, a news report said on Friday, reports BSS.

“We believe that Donald Trump’s divisiveness, recklessness, incompetence, and record-breaking unpopularity risk turning this election into a Democratic landslide,” read a draft text of the letter to Republican National Committee Chairman Reince Priebus, which was obtained by the Politico newspaper.

It called for an “immediate shift” of party funding Senate and House races, to aid down-ballot Republicans whose own election prospects have been harmed by Trump’s unpopularity. 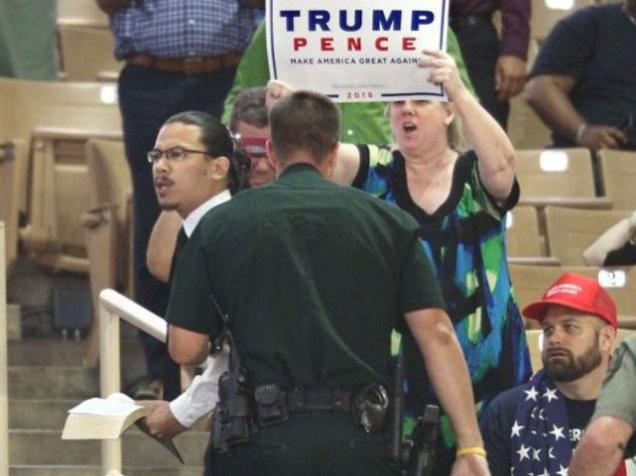 A protester holding and quoting from a Bible is hustled away by security after interrupting a campaign rally of Republican presidential candidate Donald Trump (not seen) at Silver Spurs Arena, inside the Osceola Heritage Park in Kissimmee, Florida on Thursday

“This should not be a difficult decision, as Donald Trump’s chances of being elected president are evaporating by the day,” the letter said.

The letter cited various actions by Trump that the signers said to have “alienated millions of voters of all parties.”

“Those recent outrages have built on his campaign of anger and exclusion, during which he has mocked and offended millions of voters, including the disabled, women, Muslims, immigrants, and minorities,” the letter said, according to Politico.

“He also has shown dangerous authoritarian tendencies, including threats to ban an entire religion from entering the country, order the military to break the law by torturing prisoners, kill the families of suspected terrorists, track law-abiding Muslim citizens in databases, and use executive orders to implement other illegal and unconstitutional measures.”

So far, the letter has been signed by a number of key former party staff members and officials. Politico reported that it began circulating this week and is expected to be sent to Priebus next week.