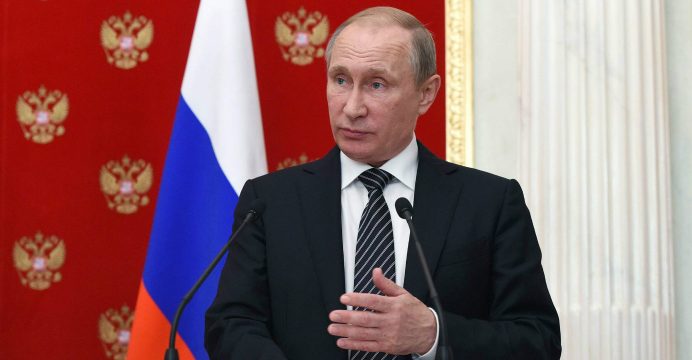 Russia’s security agency announced it had thwarted “terrorist attacks” in Crimea by Ukrainian military intelligence and beaten back an armed assault, claims that have ratcheted up tensions first sparked by Moscow’s 2014 annexation of the strategic Black Sea peninsula.

The FSB security service said in a statement that one of its officers was killed in armed clashes while arresting “terrorists” on the night of August 6-7, while a Russian soldier died in a firefight with “sabotage-terrorist” groups sent by the Ukrainian defence ministry on August 8. 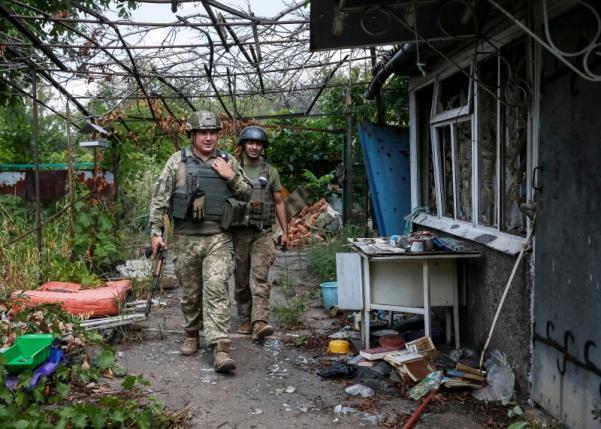 Ukrainian servicemen are seen at their positions on the front line near Avdeyevka, Ukraine, August 10, 2016, * PHOTO : REUTERS

“This is very alarming news. In fact, our security services prevented an incursion into the territory by a sabotage-reconnaissance group from Ukraine’s defence ministry,” Putin said.

The Kremlin leader accused the authorities in Kiev of “practising terror” and warned the deaths of the two Russian officers would have consequences.

“From the Russian side, there were losses — two servicemen killed. We obviously will not let such things slide by,” Putin said.

Moscow and Kiev have been locked in a bitter feud since the Kremlin seized Crimea from Ukraine in March 2014 after Russian-backed president Viktor Yanukovych was ousted. Ukrainian President Petro Poroshenko said Moscow’s claims were “senseless and cynical”.

“These fantasies are only another pretext for the next military threats toward Ukraine,” Interfax news agency reported him as saying.

The defence ministry also dismissed the allegations as “nothing more than an attempt to justify the redeployment and aggressive actions” of Russian forces in the region.

Kiev’s ambassador to the United Nations Volodymyr Yelchenko said Ukraine would ask the UN Security Council to hold an urgent meeting if tensions continue to rise.

The Organization for Security and Cooperation in Europe (OSCE) monitoring the frontier between mainland Ukraine and Crimea did not report any incidents. But it said road traffic was halted earlier this week and border guards appeared to be on “heightened alert”.

In its statement, the FSB — which controls Russia’s border guards — said it had “foiled terrorist attacks on the territory of Crimea prepared by the intelligence directorate of the Ukrainian defence ministry”. “The aim of the sabotage and terrorist attacks was to destabilise the social and political situation” ahead of elections in Russia and Crimea next month, it said.

The security agency said that in the August 6-7 raids, several people were detained, including a Ukrainian military intelligence officer, and a cache of explosives was discovered.

“On the night of August 8, 2016 special operations forces from the Ukrainian defence ministry carried out two more attempts to make a breakthrough by sabotage-terrorist groups,” it said.

The assault included “massive firing from the side of the neighbouring state and armoured vehicles” but was beaten back by the Russian authorities, the statement said.

The FSB said it had stepped up security measures around the peninsula following the alleged incidents. Russia seized Crimea in 2014 after sending in thousands of special forces to take control of Ukrainian bases and holding a hastily organised referendum that was rejected by the international community.

The move shattered ties between the two ex-Soviet neighbours and sent relations between Moscow and the West plummeting to their lowest point since the Cold War.

Since its annexation by Russia, Crimea has remained largely peaceful. However, a separatist conflict — that the West and Kiev blame on Moscow — has killed some 9,500 people in two regions of Ukraine’s industrial east.

Fighting in the east between Ukrainian forces and pro-Russian rebels is still rumbling on as a peace deal to end the violence fails to make progress.

Putin said the alleged incidents in Crimea meant he would not hold a meeting with Poroshenko and mediators German Chancellor Angela Merkel and French leader Francois Hollande on the conflict at the G20 summit in China in September.

Russia is gearing up for nationwide legislative elections on September 18 and Putin has previously warned his security officials that “foreign enemies” are seeking to disrupt the vote.