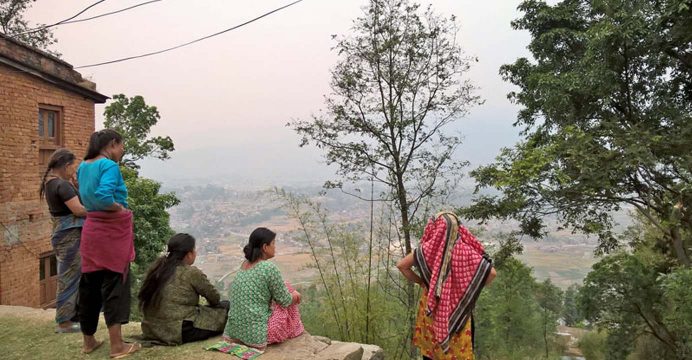 The decade-long conflict which wracked Nepal from 1996 to 2006 was marked by gross human rights violations including killings, enforced disappearances, torture, rape and other types of sexual violence. There are countless stories that are untold due to fear of stigmatization and retribution.

In 2011, Nepal launched a National Action Plan on UN Secretary General Resolutions 1325 and 1820, which deal with crimes against women. But recent reviews of the plan suggest that a significant gap is still unaddressed in the area of provision of relief and support to survivors of sexual violence during the conflict, including access to justice.

In response, IOM, in partnership with the Conflict Victims Common Platform, has launched a project: “Empowering Conflict Related Sexual Violence Survivors to Effectively Assert their Rights on Services and Justice” in Kailali, one of the affected districts.

Funded by UN Women and Finland, the project focuses on capacity building for conflict-related sexual violence survivors. It will ensure that they have access to the government’s relief programme, including health, legal, psychosocial and livelihood services.

“We have been working closely with the Ministry of Peace and Reconstruction in the field of reparations, victims’ assistance and transitional justice,” said IOM Nepal programme manager Jitendra Bohara. “We also have been continuously advocating that all relevant stakeholders adhere to Nepal’s commitment to international treaties, agreements and laws.”

Last year IOM, with UNFPA, formulated case management protocol for the provision of services to survivors of sexual abuse in Nepal. This provides practical advice on how to design and carry out ethical and victim-centred case management and is a guide to the eventual standardization of existing and new data.