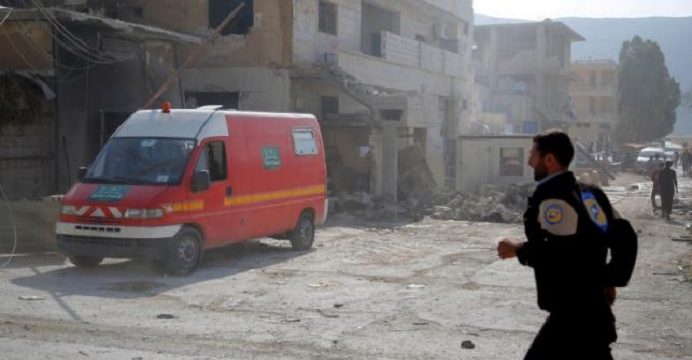 An airstrike on a hospital in northwestern Syria on Saturday killed 10 people, including children, the Syrian Observatory for Human Rights said. The hospital, in the town of Meles, is about 15 km from Idlib city in rebel-held Idlib province, reports Reuters.

Syrian government and allied Russian military planes operate in Syria but it is not known which aircraft carried out the strike, the Observatory said.

According to Aljazeera, Syrian American Medical Society (SAMS), the medical charity, said that July was the worst month for attacks on medical centres since the beginning of Syria’s five-year-old conflict.

“There were 43 attacks on healthcare facilities in Syria in July – more than one attack every day,” a SAMS statement said.

Elsewhere in northern Syria, humanitarian aid has arrived in Aleppo, where opposition fighters say they have broken the government’s siege in the battle for the city. 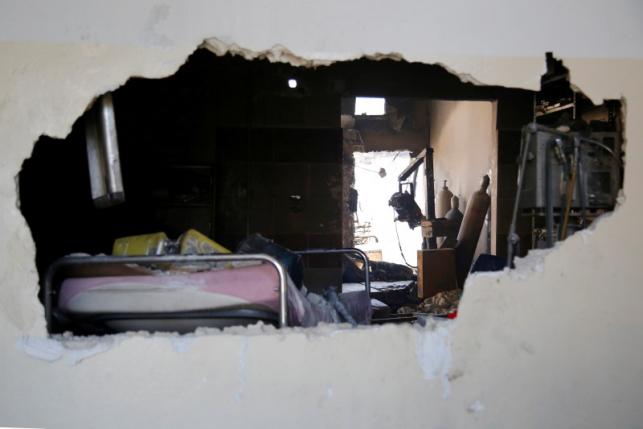 A damaged hospital room is pictured after an airstrike on a hospital in the town of Meles, western Idlib city in rebel-held Idlib province, Syria * PHOTO : REUTERS

Speaking to Al Jazeera, opposition activist Fadi Hajjar of the Aleppo Media Center said: “One truck has been [sent by] our friends, our colleagues as a gift from our people in Idlib. … Yet we need to create a passage between the liberated and previously besieged areas. It is full of wreckage. We need to remove if before we can bring in … more trucks and more aid.”

Food and other vital supplies have been running low since government forces surrounded Aleppo last month. Now, with the siege reportedly over, a coalition of rebels groups has announced the takeover of a strategic military base there.