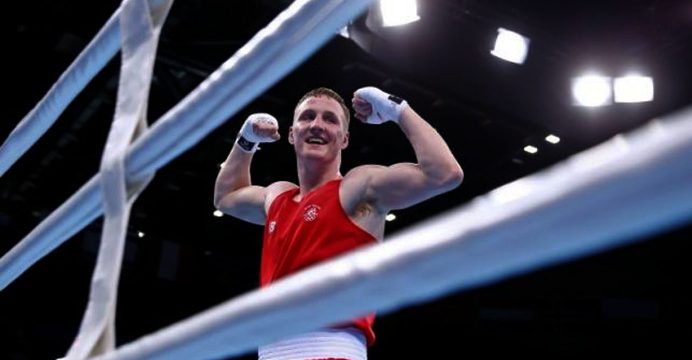 Irish boxer Michael O’Reilly has been suspended provisionally after failing a dope test carried out before he arrived at the Rio de Janeiro Olympics, reports Reuters.

The Irish Athletic Boxing Association (IABA) said in a statement that one of their boxers had tested positive, without giving a name, but Irish media identified him as 23-year-old middleweight O’Reilly.

Boxing sources in Rio confirmed that was the case.

IABA said it had been notified by Sport Ireland “of an alleged violation of the Irish Anti-doping Rules committed by one of the boxers in our High Performance Unit.

“The athlete in question has been informed and is provisionally suspended.

“The boxer can request to have a ‘B’ sample tested but cannot participate in any competition or activity prior to the completion of an investigation under Article 8 of the Irish Anti-doping Rules.”

The draw for the Olympic boxing was conducted on Thursday with all eight Irish boxers included and O’Reilly, who had posted on photographs on social media of himself in the Athletes Village, handed a bye to the second round.

He won gold at the inaugural European Games in Azerbaijan last year but was a late addition to the Ireland team for Rio and has had a chequered past over breaches of discipline.

His coach Pat Ryan is also the president of IABA.

A spokesman for Olympic boxing’s governing body AIBA said he had no further information and they were waiting for the Irish Olympic Committee to make contact before considering the next step.

Because of the bye, O’Reilly was not be due to step into the ring until Aug. 12 when he would have met either Mexican Misael Rodriguez or Waheed Karawi of Iraq for a place in the quarter-finals.