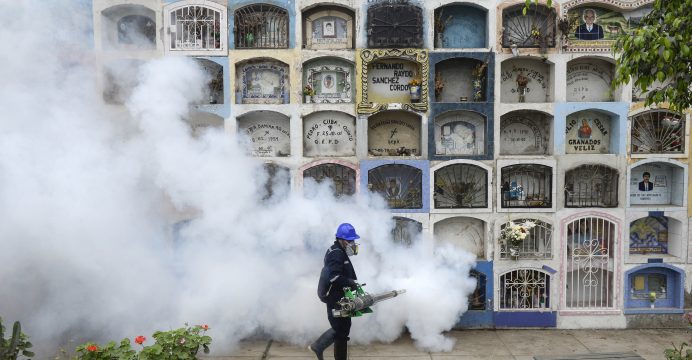 Cuba reported on Wednesday two new cases of residents contracting the mosquito-borne Zika virus locally, in a setback for the Caribbean country that has taken a series of measures in an attempt to stave off the epidemic.

Since the current outbreak of Zika in Brazil last year, where it has been linked to hundreds of cases of a rare birth defect, it has spread rapidly through the Americas. But Cuba, renowned for its preventative health campaigns, took a series of measures to eliminate the Aedes strain of mosquito that carries Zika, drastically reducing infestations. It had only reported one locally-contracted case until now, reports Reuters.

“Last Aug. 1, two new locally contracted cases of the Zika virus were diagnosed, corresponding to residents in the city of Holguin who had not traveled abroad, which brings the total up to three,” the Health Ministry said in a statement published by state media.

The ministry said the patients remained hospitalized, in a good state of general health, and with a “favorable evolution”.

It added it was investigating the affected area to identify the possible existence of new cases and was continuing the fight against the Aedes strain of mosquito.

Cuba has called out the military to help fumigate, activated neighborhood watch groups to check there is no standing water, where the insects breed, instituted health checks at airports and other entry points to the Caribbean island, among other measures.