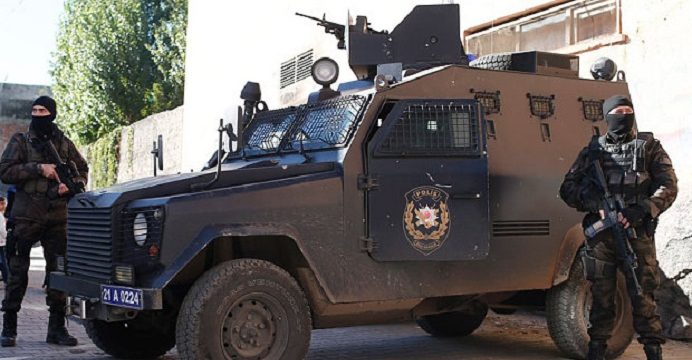 20 IS suspects detained in anti-terror operation in Southern Turkey

At least 20 Islamic State (IS) suspects were detained on Thursday in an anti-terror operation in the south of Turkey, reports BSS

The anti-terror police, supported by a helicopter, raided 22 IS hideouts simultaneously in the southern province of Adana. The suspects, including senior local figures in the group, were taken to Adana police headquarters for questioning.

Five other suspects are still on the run, Anadolu said. The IS militants control an area along the Syrian borders to the east of Adana.

Turkey has been on high alert as a series of suicide and car bomb attacks allegedly committed by the group have claimed many lives and wounded hundreds of others in the country.

According to Reuters, President Tayyip Erdogan has said Islamic State militants from the former Soviet Union were behind an attack on Istanbul’s main airport in June which killed 45 people. Dozens have been detained over the attack.