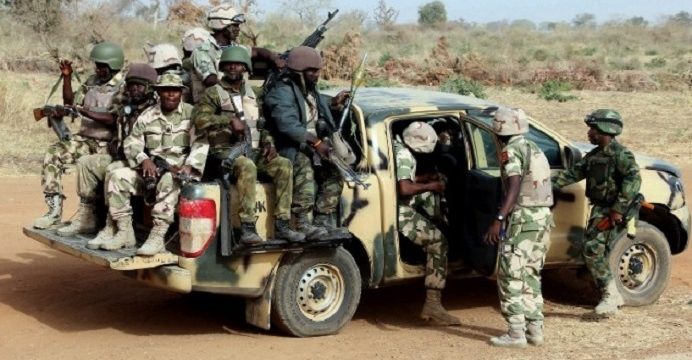 Five Islamists were killed as Nigerian troops thwarted a Boko Haram attack near the northeastern city of Maiduguri, the epicentre of the seven-year insurgency, the army said on Tuesday, reports BSS.

During the incident, which took place on Monday, five Islamists were killed and a cache of arms and ammunition, including two AK-47 rifles and a machine gun, were recovered, he said.

With the help of regional forces, Nigerian troops have recaptured a range of territories and driven the insurgents into remote areas in the Lake Chad region.

Boko Haram, which seeks to impose strict Islamic law in northern Nigeria, has killed some 20,000 and displaced more than 2.6 million people since 2009.