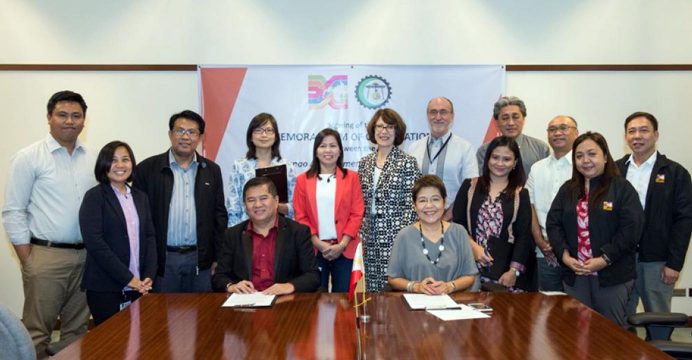 The memorandum of cooperation signed by MinDA and BDA, an agency created by the Moro Islamic Liberation Front to lead relief, rehabilitation and development efforts in conflict areas in Mindanao, will also help enhance the institutional capacities of both agencies especially in planning, project development and monitoring, policy advocacy, and investment promotion. The enhanced cooperation between the two agencies is supported by a technical assistance from the Asian Development Bank (ADB), which is also aimed preparing the agencies for public and private investments under the South Central Mindanao growth corridor.

ADB, based in Manila, is dedicated to reducing poverty in Asia and the Pacific through inclusive economic growth, environmentally sustainable growth, and regional integration. Established in 1966, ADB in December 2016 will mark 50 years of development partnership in Asia. It is owned by 67 members—48 from the region. In 2015, ADB assistance totaled $27.2 billion, including cofinancing of $10.7 billion.