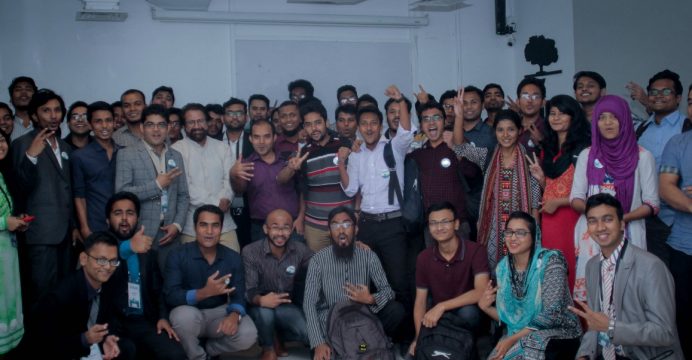 Excelerious 2016, a signature competition program based on MS Excel kicked off as inauguration takes place at the headquarters of Enliven Bangladesh on July 22nd, 2016 and also at Radio ABC with a special program regarding it.

The Competition is the biggest of its kind in Bangladesh till now bringing together a large number of participants from all over the country and renowned speakers of both national and international background for training, knowledge sharing and networking.

With support from many academic partners, media partners and corporate partners, each having a number count exceeding the single digit boundary, First round of Excelerious 2016 began at EMK Center on 23rd July 2016 and followed by different universities such as Eastern University, ULAB, IUB, BRAC University, Daffodil Int. University etc in each weekends up to Mid August.

Workshops were led by different organizations and top profile personnel. 15 percent of the participants from round one will move on to the second round which features a two-day-long boot camp and then proceed to the final round. The winner received a whopping sum of 50,000 BDT; not to mention that those who managed to land themselves in the top 20 will be getting an Internship spot in various reputed organizations along with Confidence groups, Unicap Securities Ltd, Green Lab Environments etc.

Enliven Bangladesh, the organizer of the program is a nonprofit organization specialized in training and capacity building which is now developing a movement for a sustainable development platform for the youth through creating marketplaces.

According to Adnan Kabir, Founder of Enliven Bangladesh, “Excelerious is a movement of macro sustainable development in the human capital sector of Bangladesh which will provide a platform to learn various soft skills that are explicitly or implicitly required by most organizations.”

Training session of the workshop

Excelerious 2016 started with the very first phase of one day workshop on 23 July 2016 at EMK Center. The workshop consisted of four sessions conducted by Mr. Sonchoy Saha, CFA. The second workshop of Excelerious will take place at Eastern University on 30 July 2016.