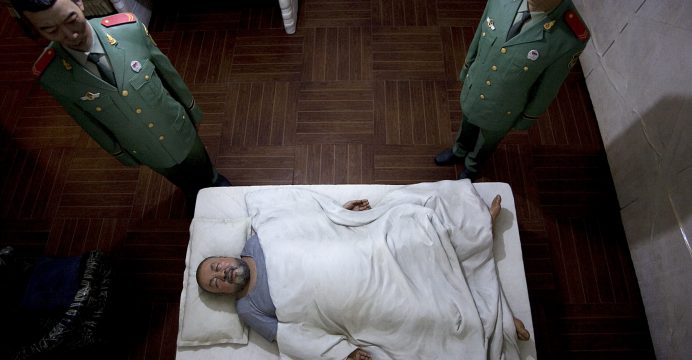 Artist Ai Weiwei has reproduced scenes of his incarceration for a new art installation, a series of almost life-size dioramas – encased in steel boxes – showing his life in jail.

Visitors to the exhibition, in a cathedral in central Spain, have to peer through peep-holes in the stark, gray boxes to see the 3D scenes, which show Ai watched by two uniformed guards as he eats, sleeps, showers and uses the toilet in his tiny cell, reports Reuters.

Ai, one of China’s most high-profile artists and political activists, was jailed for 81 days on charges of tax evasion in 2011. China confiscated his passport, only returning it in July last year. 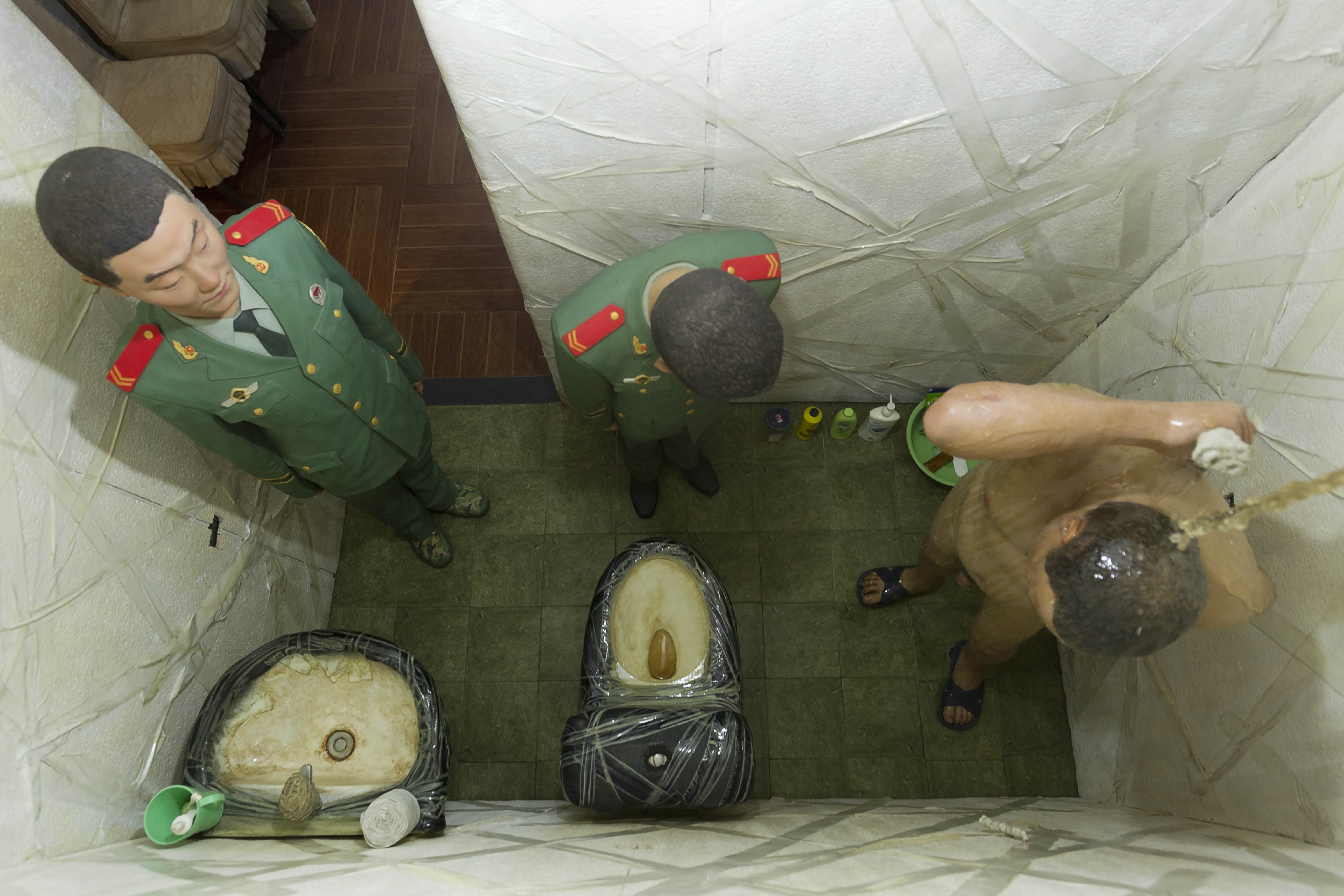 His installation, “S.A.C.R.E.D.”, is a highlight of a series of events under the title “The Poetry of Freedom” taking place across Spain to mark the 400th anniversary of the death of Miguel de Cervantes.

The Spanish writer was held as a slave in Algiers for five years in the late 16th century and spent months in jail in Spain later in life for bookkeeping discrepancies, where he is thought to have conceived the idea for his masterpiece “Don Quixote”.

A quote from that novel, about a middle-aged gentleman obsessed by ideals of chivalry who travels central Spain with his loyal squire Sancho Panza, adorns the wall of the Cuenca exhibition: “Freedom, Sancho, is one of the most precious gifts that heaven has ever given man.”

The exhibition, at the 12th century cathedral in the fortified medieval city of Cuenca, opens on July 26 and runs until Nov. 6.