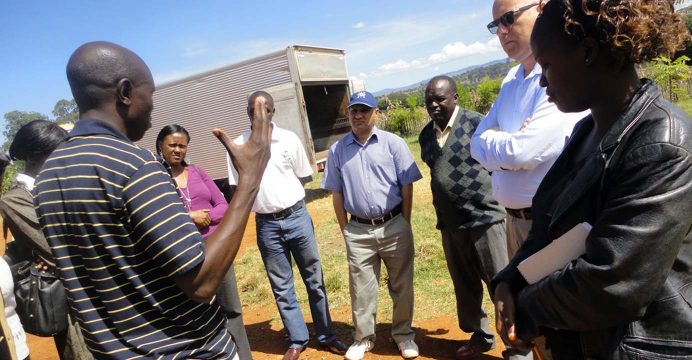 IOM Sudan has begun distributing emergency shelter and non-food relief items to 57 of the most vulnerable families whose homes have been destroyed by heavy rains and flooding in El Koma locality, North Darfur State.

Each relief kit includes plastic sheeting, two blankets, a jerry can, a kitchen set and two sleeping mats. The operation is funded by the Government of Canada.

Subsequently, at their request and with the endorsement of the Area Humanitarian Country Team in El Fasher, an IOM Displacement Tracking Matrix (DTM) team, jointly with the HAC, was deployed to the area to assess and evaluate damage, and to register the affected population.

The assessment was done through door-to-door household assessments, observation of damaged infrastructure and registration of affected households. The results have been shared with the government and other humanitarian agencies.

The assessment showed that continued support is needed in the locality. The IOM DTM team registered a total of 581 households or 3,327 people affected by the floods. Some 579 houses were partially or fully destroyed, and together with 10 schools.

El Koma is situated 80km east of El Fasher town in North Darfur. It is comprised of three administrative units (El Koma, Um Hejlij / Sari and El Kebeer / Khebbeesh) and has an estimated population of 82,156, according to the 2008 Darfur Census.

IOM’s aid targeted the most vulnerable IDP and returnee households identified by the DTM or inter-agency assessment mission reports. Beneficiaries were selected based on their level of vulnerability, focusing on families whose houses had been completely destroyed.