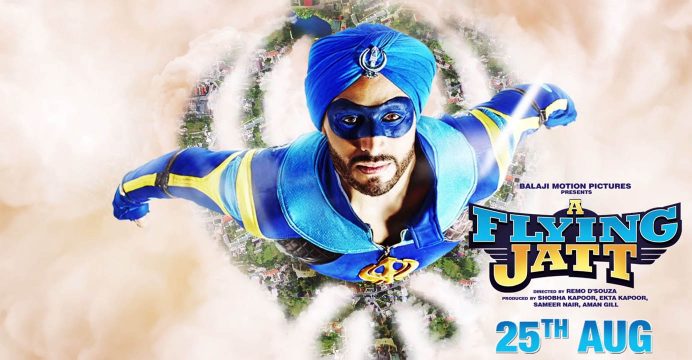 The makers of A Flying Jatt have launched the title track from the film.

The song has been sung by Raftaar, Mansheel Gujaral and Tanishkaa. The lyrics have been penned by Vayu and Raftaar, music has been composed by Sachin-Jigar.

Produced by Balaji Motion Pictures and directed by Remo D’Souza, A Flying Jatt stars Tiger Shroff, Jacqueline Fernandez and Nathan Jones. The film is slated to release on August 25th, 2016.