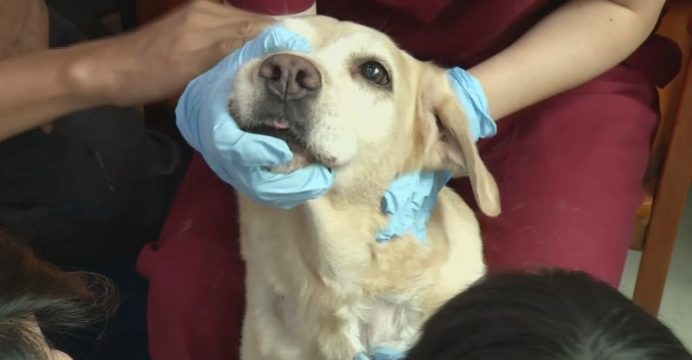 Han-han, a former stray, has helped the lives of many other dogs by regularly donating at Taiwan’s first veterinary blood bank.

The five-year-old mixed breed was rewarded with steak by her owner after her latest donation at the Pingtung University of Technology and Science’s teaching animal hospital, which opened its doors to those with four paws on June 13  ,reports Reuters.

“Just like when people donate blood, you don’t know who you are saving, but you are willing to do it,” Han-han’s owner, Lin Hui-ching, said.

“She probably also understands that she has saved a lot of dogs.”

Donor dogs in Taiwan are allowed to give 250 ml of blood every three months, have to undergo health checks before each donation, must be at least five-years-old and weigh more than 20 kg (44 pounds).

Tsai Yi-lun, who is an assistant professor at the department of veterinary medicine and runs the program, hopes to extend the blood bank service to the whole of Taiwan, after being inspired by a similar center in Thailand.

A mobile blood donation station is also in the works and Tsai wants to also grow the service to cater for cats, other pets and livestock.