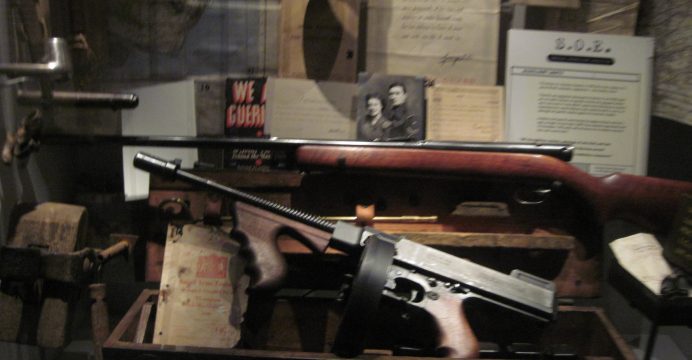 Bosnians whose childhood was traumatized by the 1990s war have donated thousands of cherished personal items from that era for a touring exhibition aimed in part at warning others about the folly of conflict.

The original plan was to open a permanent War Childhood Museum in the capital Sarajevo in August. But when the site chosen by the museum’s founders was ruled out by municipal authorities in favor of a fitness club, the project embarked on a cross-country tour ,reports Reuters.

The traveling museum features more than 2,800 exhibits, including toys, letters, photographs, diaries and humanitarian food packaging, with accompanying texts in both Bosnian and English. For Wider Image story.

“It all started when I put online a simple question: What does childhood in war mean for you?” Jasminko Halilovic, a 27-year-old economist spearheading the project, told Reuters.

“We have the idea to expand the museum’s scope and start collecting memories from other conflict zones so as to create a universal exhibition that would serve as a warning against new wars,” Halilovic said.

In 2013 he published War Childhood, a collection of wartime memories of his generation. The book was translated into several languages and helped Halilovic connect with other compatriots in Bosnia and abroad who went through the death and destruction of the 1992-95 war involving Serbs, Croats and Bosniak Muslims.

“Many people preserve wartime items, they still connect memories from the war with these objects and have an urge to share their experience and that’s where the idea for the museum came from,” Halilovic said.

The War Childhood Museum aims to investigate, exhibit and educate and Halilovic said donating personal possessions that people had associated with wartime had a “cathartic effect”.

“They would break down in tears but they were the kind of tears you shed when you are over the past and ready to start over,” said Halilovic, who will keep looking for a permanent home for the museum.

Among the display items is a Barbie doll donated by Asmira, 27, a Bosniak who was three when separatist Serb forces expelled her family from the eastern town of Bratunac in 1992 and imprisoned her father in a nearby detention camp.

Asmira found refuge in a collective center in Tuzla in northern Bosnia, where the only available toy for children, mostly boys, was a makeshift sponge ball. But then a neighbor gave her the Barbie doll.

“I took care of her as if she were sacred. She always slept in a shoe box. Barbie did not have a name. When I played with her, she was selling food, sewing up casualties’ wounds or healing sick people. Later I became a doctor, too,” Asmira said in a note shown at the current exhibition in the town of Zenica.