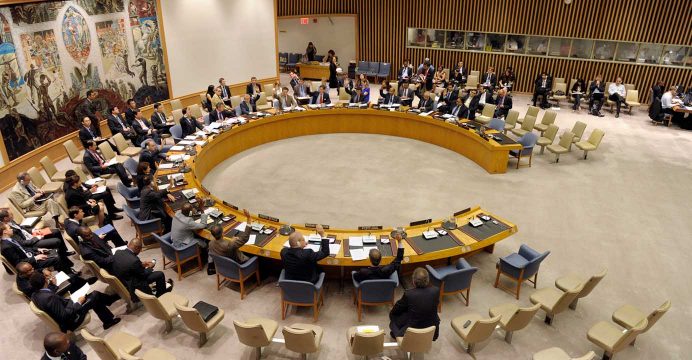 The Russian Federation hosted a training course for the national Points of Contact of participating States of the Organization for Security and Co-operation in Europe (OSCE) region for the implementation of Security Council resolution 1540 (2004) in Kaliningrad from 28 June to 1 July.

The course was held in cooperation with the Security Council 1540 Committee and its Group of Experts, and supported by the OSCE and the United Nations Office for Disarmament Affairs. It was the second course for 1540 Points of Contact; China having hosted the first, in September 2015, for States in the Asia-Pacific region. The courses are an excellent opportunity for 1540 Points of Contact to deepen their understanding of resolution 1540 (2004) and to engage national stakeholders involved in the resolution’s implementation.

The course opened on 28 June with an address by the Russian Federation’s Minister for Foreign Affairs, delivered by Vladimir Yermakov, Deputy Director of the Non-Proliferation and Arms Control Department of the Ministry of Foreign Affairs. Welcome addresses from the 1540 Committee and OSCE were also delivered. Participants expressed hope that the training would contribute to the strengthening of the 1540 Points of Contact network and their relationship with the 1540 Committee. “National Points of Contact should play an important role in this regard as members of what the 1540 Committee hopes will be a ‘living network’,” said Alexander Volgarev (Russian Federation), a member of the 1540 Committee, in closing remarks. On behalf of the Committee, he also handed out certificates of successful completion of the training course.

The course was given by members of the 1540 Committee’s Group of Experts, with support from representatives of several organizations, including the United Nations Office on Drugs and Crime (UNODC), the Biological Weapons Convention Implementation Support Unit, the International Organization of Migration, INTERPOL, the Organisation for the Prohibition of Chemical Weapons (OPCW) and the International Atomic Energy Agency (IAEA).

As part of the course, participants visited a customs post at the port of Kaliningrad and witnessed a demonstration of technical means used to identify weapons of mass destruction and related materiel.

The Security Council unanimously adopted resolution 1540 (2004), under the Chapter VII of the United Nations Charter, on 28 April 2004. It obliges all States to refrain from providing any form of support to non-State actors attempting to develop, acquire, manufacture, possess, transport, transfer or use nuclear, chemical or biological weapons and their means of delivery. The resolution also requires all States to establish domestic controls to prevent the proliferation of weapons of mass destruction and their means of delivery, including by establishing appropriate controls over related materials.

The 1540 Committee, a subsidiary body of the Security Council, reports to it on implementation of the resolution. On 20 April 2011, the Council adopted resolution 1977 (2011), by which it extended the Committee’s mandate until 2021. For additional information about the 1540 Committee.