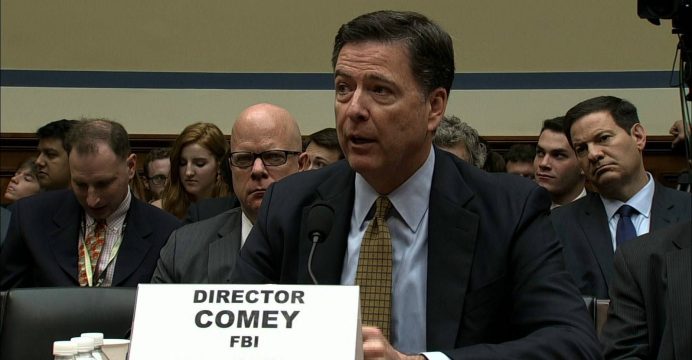 James Comey defended decision on Hillary Clinton over email use﻿

FBI chief James Comey on Thursday vigorously defended his recommendation not to file charges against Democratic White House hopeful Hillary Clinton over her private email use at the State Department, saying she did not break the law, reports BSS.

Comey, summoned to testify before the House Committee on Oversight and Government Reform, reiterated his finding that while Clinton and her staff were careless, she did not lie to the Federal Bureau of Investigation.

Later on Thursday, the State Department said it would reopen its internal investigation of whether Clinton’s use of a private email account and server compromised her handling of classified material. 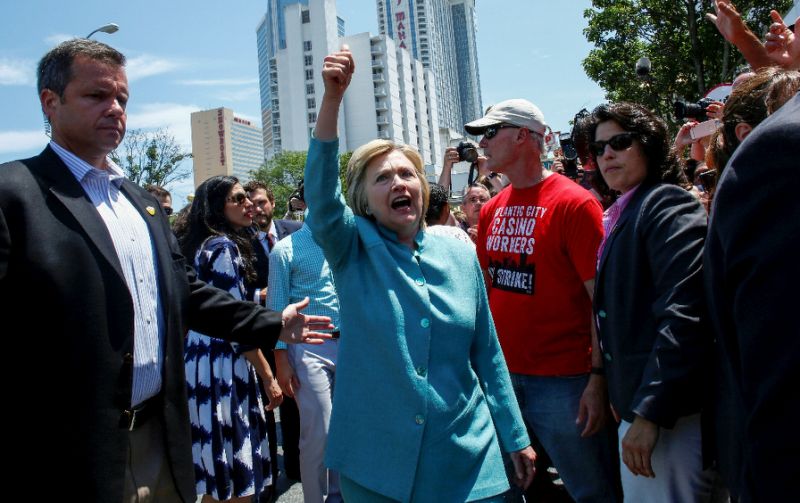 “We will aim to be as expeditious as possible, but we will not put artificial deadlines on the process,” department spokesman John Kirby said, noting that the review could proceed now that the Justice Department investigation was wrapped up.

Comey’s hearing on Capitol Hill, which lasted four hours and 40 minutes, was marked by some tense moments. But the Republican former prosecutor maintained his cool throughout the marathon grilling.

“As I said, I see evidence of great carelessness, but I do not see evidence that is sufficient to establish that secretary Clinton or those with whom she was corresponding both talked about classified information on e-mail and knew when they did it they were doing something that was against the law,” Comey said.

On Wednesday, the US Justice Department announced that no charges would be filed against Clinton, following the recommendations made by the FBI and revealed by Comey in an unusual press conference the day before.

The FBI found that while Clinton’s conduct was not criminal, she had been “extremely careless” in sending classified information via her personal email account.

Clinton’s use of a private email account and homebrew server during her time as secretary of state from 2009 to 2013 has weighed heavily on her bid over the past year to become America’s first female commander-in-chief.

Republicans have cried foul, saying that Clinton is not being held to the same legal standards as ordinary Americans. The issue of her trustworthiness has come up repeatedly in opinion polls.

“I think there’s a legitimate concern that there’s a double standard — if your name isn’t Clinton or you’re not part of the powerful elite, that Lady Justice will act differently,” Republican committee chair Jason Chaffetz told the hearing.

The FBI report countered Clinton’s claim that she had never sent classified information via her private account, and also said she had not turned over thousands of work-related emails to investigators. But Comey insisted Clinton had not received special treatment in any way.

“I believe this investigation was conducted consistent with the highest traditions of the FBI,” Comey said.

“Our folks did it in an apolitical and professional way, including our recommendation as to the appropriate resolution of this case.”

Clinton campaign spokesman Brian Fallon said Comey’s testimony had “shut the door on any remaining conspiracy theories once and for all.”

“While Republicans may try to keep this issue alive, this hearing proved those efforts will only backfire,” he said in a statement.

Comey again said on Thursday that he did not coordinate his Tuesday press conference with anyone else inside the administration of President Barack Obama.

“I did not coordinate that with anyone — the White House, Department of Justice — nobody outside the FBI family had any idea what I was about to say,” he told lawmakers.

When pressed, he admitted that if an FBI employee had acted as Clinton had, “there would be a security review and adjudication of their suitability, and a range of discipline could be imposed — from termination to reprimand.”

And when asked if the Clinton Foundation — launched by Bill Clinton and which has raised hundreds of millions of dollars for charitable causes in the past decade — was under investigation, Comey refused to comment.