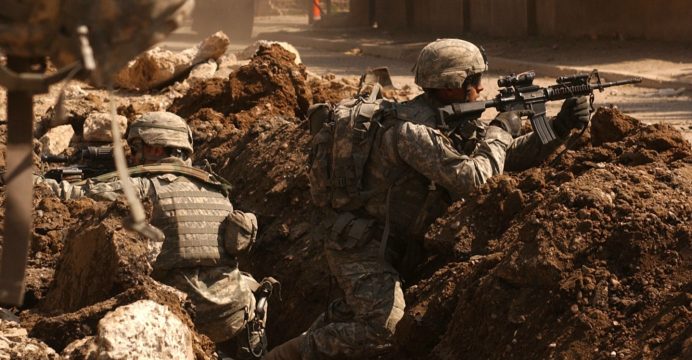 Relatives of some of the 179 British troops who died will gather in London for the publication of the Chilcot report, which runs to 2.6 million words — more than four times the length of “War and Peace”.

The inquiry, launched in 2009 as the bulk of British troops withdrew from Iraq, was tasked with investigating the run-up to the 2003 US-led invasion and the subsequent occupation. 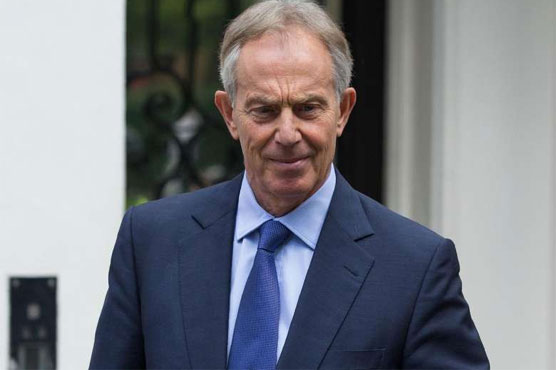 Anti-war protesters are converging on the conference centre near the Houses of Parliament where civil servant John Chilcot will present his report, to repeat their calls for Blair to be prosecuted for war crimes.

Tens of thousands of Iraqis died during the conflict and the sectarian war that followed. The country remains plagued by violence, seen most recently in Sunday’s car bomb in Baghdad that killed more than 200 people.

The US-led invasion was deeply controversial at the time as it did not have explicit approval from the UN Security Council, while claims that Iraqi leader Saddam Hussein had weapons of mass destruction proved unfounded.

Chilcot was not asked to rule on the legality of the invasion, but leaks suggest Blair will be heavily criticised over the decision-making process.

His critics are already lining up against him, with former Scottish first minister Alex Salmond gathering cross-party support to bring legal action or symbolically impeach him.

Blair apologised last year for the fact the intelligence was wrong, and for mistakes in the planning, but said he did not regret removing Saddam Hussein.

“We haven’t set out to criticise individuals or institutions,” Chilcot said ahead of the report launch at 1000 GMT.

“However, I made very clear right at the start of the inquiry that if we came across decisions or behaviour which deserved criticism then we wouldn’t shy away from making it.”

More than 120 witnesses gave evidence during months of public hearings, including Blair, his successor Gordon Brown, spy and military chiefs and ministers.

The inquiry panel — one of whom has since died — trawled through 150,000 government documents, in an investigation Chilcot said was on “an unprecedented scale”.

Their report was delayed by wrangling over what could be published, from diplomatic notes to records of cabinet meetings, as well as the need to give key figures prior warning.

Among the documents to be published are reportedly 29 letters sent by Blair to US president George W. Bush, and some record of conversations between the pair.

Bereaved relatives had pressed for the inquiry amid criticism of the planning and management of the conflict, and accusations that the troops were not properly equipped. Lawyers for some of them said they would be looking for evidence of neglect of duty or misconduct in public office.

However, other relatives are boycotting the publication, declaring that they already expect it to be a whitewash. The International Criminal Court, which was petitioned at the time to examine possible evidence of war crimes, has said it will consider the report but has no investigation open.

The legality of the war is outside its jurisdiction. Admiral Alan West, the head of the Royal Navy when the war began, told The House magazine that he hoped the report would not spark a witchhunt.

“What one really wants out of it is lessons so that we don’t make the mistakes again. I have a horrible feeling what other people want is to be able to get at people,” he said.

The war, which at one point saw 46,000 British troops deployed, mostly in southern Iraq around the strategic oil hub of Basra, still looms large over British politics.

It has led to deep reluctance to commit ground troops elsewhere, notably in Libya and Syria, and still divides Blair’s Labour party, which is now in opposition.

Labour leader Jeremy Corbyn is currently facing a rebellion by his own MPs, but is expected to use the report to bolster his position.

The veteran socialist, who was only elected last year, was strongly opposed to the war in Iraq and maintains it was illegal, while many of his critics had supported it.