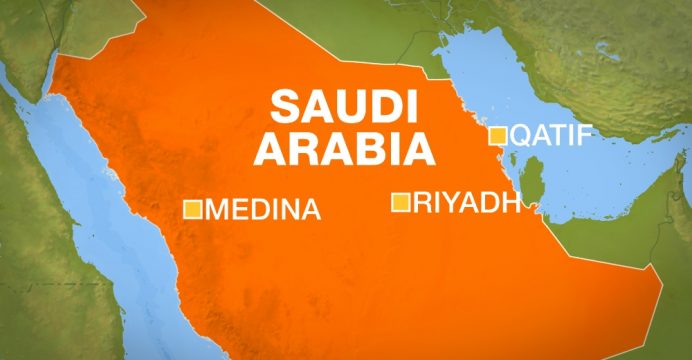 Explosions hit the Saudi city of Medina and Qatif

A suicide bomber has attacked the Saudi city of Medina, close to the Prophet’s Mosque, one of Islam’s holiest sites, according to local media reports. The bomber detonated his device as security officers were breaking their Ramadan fast, al-Arabiya TV said, reports BBC.

Footage on the TV network showed a blazing vehicle. There are no details of casualties and no official comment. The mosque is the burial place of the Prophet Muhammad and Medina the second-holiest city in Islam after Mecca.

State-linked Sabq news and the Okaz newspaper also carried reports of the suicide attack. Earlier, at least one explosion rocked the eastern city of Qatif.

Qatif is home to many minority Shia Muslims and the blast appeared to target a Shia mosque. No casualties have been reported so far. 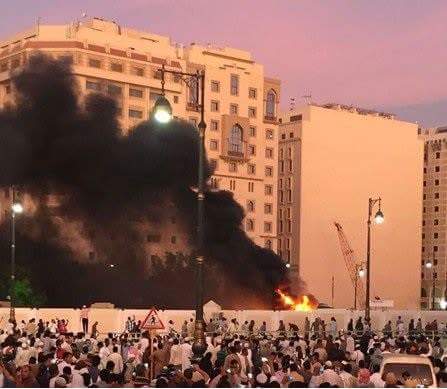 According to Aljazeera, The cause of the explosion was not immediately known. Some reports suggested it was a suicide bombing, while others said a gas cylinder had blown up.

Two other explosions struck near a mosque in the eastern city of Qatif on the Gulf coast on Monday evening, residents said. Witnesses said a suicide bomber blew himself up outside a Shia mosque without causing any other injuries. They reported seeing body parts lying on the ground in the city’s business district.

“Suicide bomber for sure. I can see the body” which was blasted to pieces, a resident told reporters.

Nasima al-Sada, another resident, told reporters that “one bomber blew himself up near the mosque”.

A third witness told Reuters news agency that one explosion destroyed a car parked near the mosque, followed by another explosion just before 7pm local time.

“We are in the last 10 days of Ramadan and those places are crowded because of that for Maghreb [sunset] prayers,” Khaled Batarfi, a Saudi Gazette columnist, told Al Jazeera.

Early on Monday morning, two security officers were injured as a suicide bomber blew himself up near the US consulate in the Red Sea port city of Jeddah.

In January, at least four people were killed in a suicide attack on a Shia mosque in the eastern al-Ahsa region. In October, the Islamic State of Iraq and the Levant (ISIL) group claimed responsibility for a suicide bombing at a Shia mosque in Najran, in which at least one person was killed.

ISIL (also known as ISIS) had also claimed responsibility for an attack at a mosque inside a special forces headquarters in the city of Abha in August 2015. Fifteen people were killed in that attack.