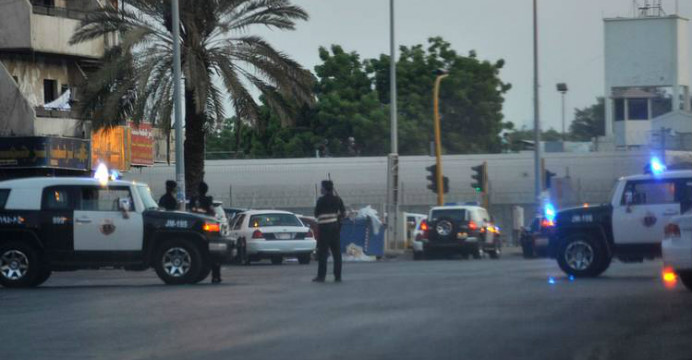 Suicide bombing near the US consulate in Saudi Arabia

A suicide bomber blew himself up near the American consulate in Saudi Arabia’s western city of Jeddah in the early hours of US Independence Day on Monday, wounding two security officers, reports BSS.

The Saudi interior ministry said the two officers suffered minor injuries, while the American embassy in Riyadh said there were no casualties or injuries among US consulate staff. The ministry did not specify if the bomber intended to target the consulate, saying an investigation was underway.

The incident came amid a wave of attacks claimed by the Islamic State group or blamed on the jihadists, including a suicide bombing in Baghdad on Sunday that killed more than 200 people and the recent attacks in Bangladesh and at Istanbul airport. 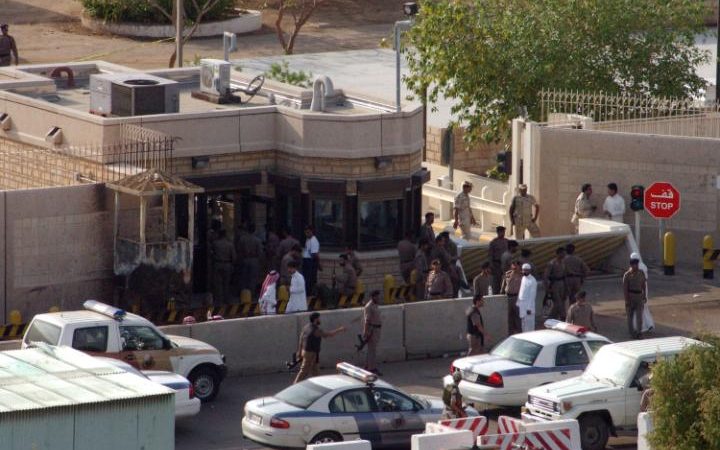 Fourth of July ‘suicide attack’ near US consulate in Jeddah, Saudi Arabia

It happened before the end this week of the holy month of Ramadan, when Muslims fast from dawn until dusk. The interior ministry said security personnel became suspicious of the man near the parking lot of a hospital which is across from the US diplomatic mission.

When they moved in to investigate at around 2:15 am (2315 GMT Sunday) the man “blew himself up with a suicide belt inside the hospital parking lot”, the ministry said.

In a security notice posted on its website, the US embassy noted media reports of “a suspected suicide attack near the US consulate in Jeddah… which occurred in the early morning hours of July 4.” 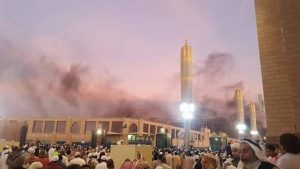 “There are no casualties or injuries among US consulate staff. Media report two Saudi police officers were injured,” it said.

“The US embassy and consulate remain in contact with the Saudi authorities as they investigate the incident,” it added, urging Americans to “take extra precautions when travelling throughout the country.”

In March last year the US embassy closed its main office, as well as consulates in Jeddah and Dhahran, for a few days over unspecified “security concerns”.

WAVE OF IS ATTACK

The US consulate in Jeddah was previously targeted in December 2004 when gunmen opened fire and lobbed explosives at the compound, killing five people, in an attack blamed on Al-Qaeda.

It was not immediately clear who may have been behind Monday’s incident, but since late 2014 Saudi security officers and minority Shiites have been hit by deadly violence claimed by IS.

Branding its rulers “apostate tyrants”, IS leader Abu Bakr al-Baghdadi has called for attacks on Saudi Arabia, which is taking part in the US-led coalition bombing the jihadists in Syria and Iraq. In May the interior ministry said four suspected jihadists died — two by blowing themselves up — during a raid east of Jeddah.

Two of them were wanted for some of the deadliest recent attacks in the kingdom. These included the suicide bombing which killed 15 people at a mosque inside a Saudi special forces compound in the southwestern city of Abha last August.

Another suspect killed in the May raid was sought in connection with deadly suicide blasts at two Shiite mosques in the kingdom’s east.

Police said he was also involved in the November 2014 shooting of seven Shiite worshippers, which began the series of attacks allegedly linked to IS in the Sunni-dominated kingdom.

IS-linked violence has also struck neighbouring Kuwait, where a suicide bomber blew himself up in a Shiite mosque, killing 26 worshippers, a year ago. On Monday Kuwait’s interior ministry said it had broken up three IS cells plotting attacks there.

Five Kuwaiti nationals were arrested, including a policeman and a woman. They all confessed to plotting attacks against a Shiite mosque and an interior ministry target, the ministry said in a statement.

Despite the upsurge in attacks against Saudis, foreigners have rarely been targeted in recent years. In November 2014 a Dane was shot and wounded in the capital Riyadh. Police arrested three alleged Saudi supporters of IS in connection with the attack.