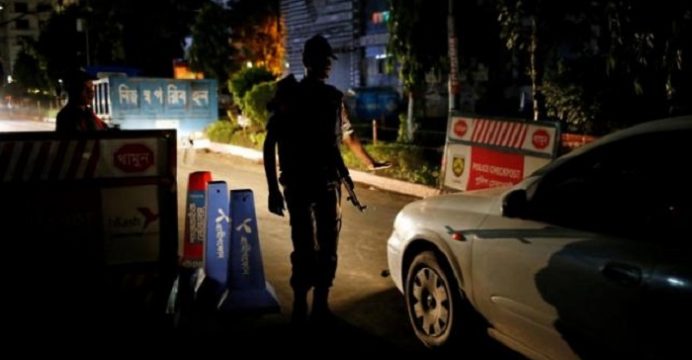 Militant group takes hostage at restaurant in the capital of Bangladesh

Hundreds of troops have stormed a cafe in the Bangladeshi capital, Dhaka, where gunmen took at least 20 hostages on Friday, security officials say, reports BBC and other local and international news agencies.

Explosions and heavy gunfire were heard in the area around the Holey Artisan Bakery cafe. Twelve hostages, including four foreigners, were rescued, police say. The fate of the others is unknown.

Several of those held are believed to be Italian, and some may be Japanese. The militant group Islamic State (IS) has said it carried out the attack. 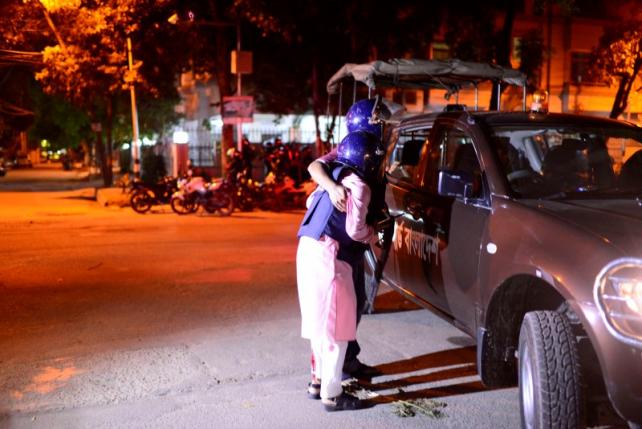 A wounded police personnel is helped by a colleague, after gunmen stormed the Holey Artisan restaurant and took hostages, in the Gulshan area of Dhaka, Bangladesh * PHOTO: REUTERS

CNN reports referring a news conference in Japan, officials said 12 people had been rescued. It was unclear how many Japanese citizens were involved, but officials are working to gather more information, said Koichi Hagiuda, Japan’s deputy chief cabinet secretary.

Meanwhile in Dhaka, witnesses near the cafe said that they heard a fresh round of heavy gunfire after hours of quiet in the area. Fayad Munaim, who could hear intense gunfire coming from the direction of Holey Artisan Bakery, where gunmen took hostages the night before, said the shots lasted about 10 minutes. Then the barrage stopped.

“Intense gunfighting (is) on,” Mizanur Rahman Bhuiyan, of the Rapid Action Battalion force, told reporters after the rescue operation was launched on Saturday morning. 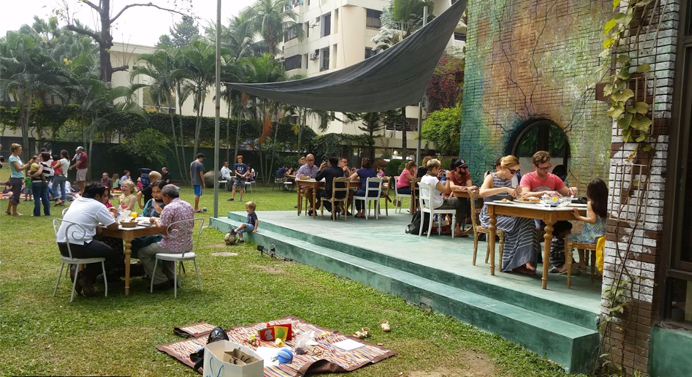 Armoured vehicles were also seen moving towards the cafe. People from the Gulshan neighbourhood where the cafe is located said they had heard gunshots, after hundreds of soldiers approached the building.

Officials told that said army and navy commandos were leading the operation, along with police and the paramilitary Border Guards Bangladesh (BGB).

Eight or nine armed men burst into the cafe in the diplomatic area of the city at about 21:20 (13:20 GMT) on Friday and opened fire.

A statement on the IS self-styled news agency Amaq said militants had attacked a restaurant “frequented by foreigners”. It said that more than 20 people of different nationalities had been killed but this has not been confirmed.

Seven Italian nationals are believed to be in the cafe, the Italian ambassador in Dhaka, Mario Palma, was quoted as saying by Italian media.

A Japanese government spokesman said Tokyo was investigating reports that some of its citizens were among the hostages.

The attack comes after a spate of murders of secular bloggers, gay activists, academics and members of religious minorities, blamed on Islamist militants.

This article has been posted by a News Hour Correspondent. For queries, please contact through [email protected]
2