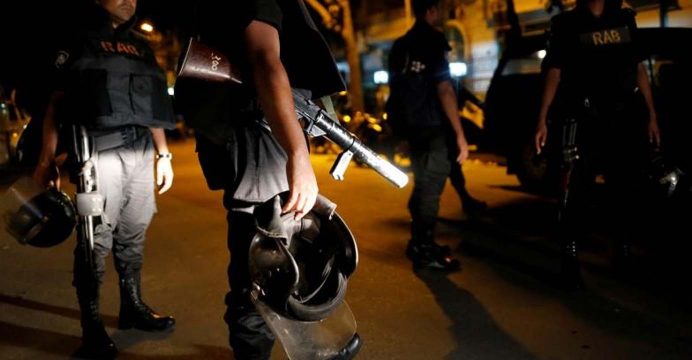 About 35 people were taken hostage, including about 20 foreigners, when gunmen stormed the Dhaka restaurant on Friday night.

They say 13 hostages, including four foreigners, were rescued and six attackers shot dead. However, the fate of other captives remains unclear.

Several of those held at the Holey Artisan Bakery cafe were believed to be Italian, and some may be Japanese.

Six gunmen were killed and 13 hostages, including foreigners, were rescued on Saturday during a police operation inside a Dhaka restaurant that came under attack, says The Prime Minister of Bangladesh Sheikh Hasina in a speech.

Tuhin Mohammad Masud, a commander of the elite Rapid Action Battalion, said: “We have gunned down at least six terrorists and the main building is cleared but the operation is still going on.”

Explosions and heavy gunfire were earlier heard, as the army and navy commandos stormed the cafe in the morning. They were backed by police and paramilitary Border Guards Bangladesh, officials told the BBC. 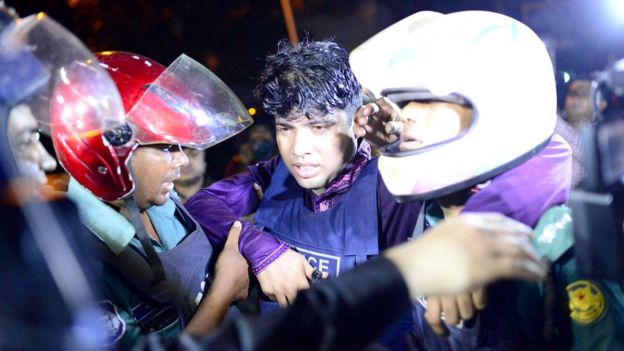 An injured member of the police personnel is carried away by his colleagues, after gunmen stormed at Holey Artisan Bakery *PHOTO REUTERS

Armoured vehicles were also seen moving in the Gulshan neighbourhood. The gunfire stopped after about an hour.

The identity of the rescued hostages and the fate of other captives believed to have been in the cafe was not immediately known.

Seven Italian nationals are believed to have been in the cafe, the Italian ambassador in Dhaka, Mario Palma, was quoted as saying by Italian media.

A Japanese government spokesman said Tokyo was investigating reports that some of its citizens were among the hostages. 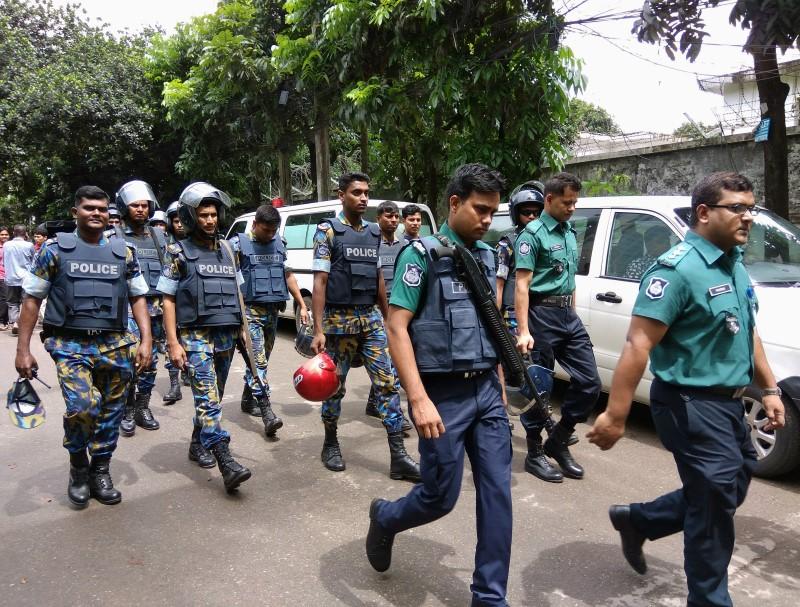 This is probably the first time ever foreigners have been taken hostage in Bangladesh.

Though there have been a number of killings focusing on academics, activists and members of religious minorities, attacks on foreigners are rare.

The timing is important. Bangladesh has been gearing up for the Muslim religious festival of Eid, and most people have started going to their homes in villages and towns across the country for a week-long holiday period.

Mridha Shihab Mahmud is a writer, content editor and photojournalist. He works as a staff reporter at News Hour. He is also involved in humanitarian works through a trust called Safety Assistance For Emergencies (SAFE). Mridha also works as film director. His passion is photography. He is the chief respondent person in Mymensingh Film & Photography Society. Besides professional attachment, he loves graphics designing, painting, digital art and social networking.
1 Comment