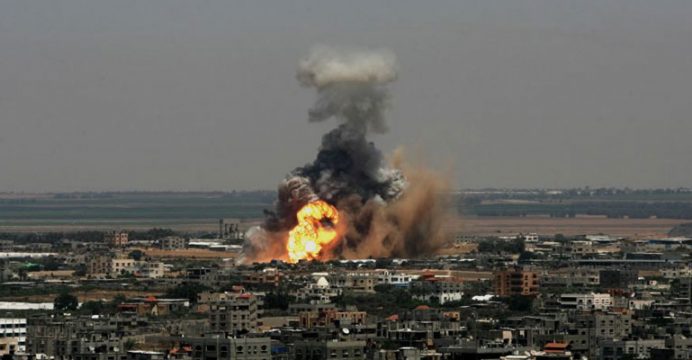 Israeli air strikes hit four sites in the Gaza Strip on Saturday, causing damage but no injuries, a Hamas official said, after Palestinian militants fired a rocket that struck a building in southern Israel, reports BSS.

The four sites included a workshop, two locations for Hamas’s armed wing and a military training site for militant group Islamic Jihad, the security official said on condition of anonymity.

Two of the sites were in Gaza City while the other two were in Beit Lahia, in the north of the enclave, run by Islamist movement Hamas. All of the sites have been previously targeted by Israel, the official said. 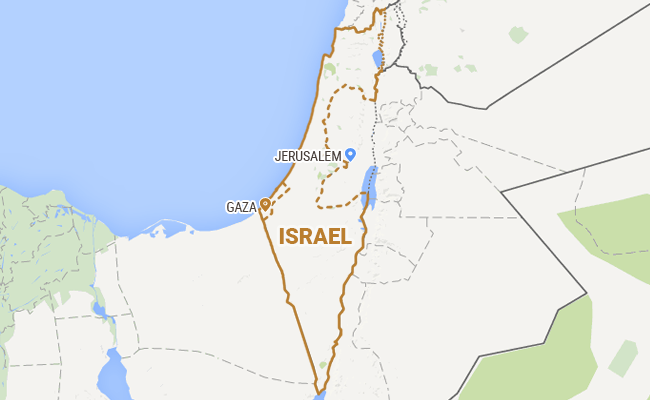 Israel’s military had not immediately responded to a request for comment. The strikes came after a rocket launched from the strip hit a building in southern Israel late Friday, causing no injuries.

“A rocket was launched from the Gaza Strip at southern Israel and hit in the city of Sderot, causing damage to a building,” a statement from the Israeli military said. “No injuries have been reported.”

Israeli media said the rocket had hit a kindergarten. Medics said they treated two people for shock. No group in Gaza claimed responsibility for firing the rocket, which came hours after Israel announced a lockdown on the city of Hebron in the occupied West Bank and cuts in monthly tax payments to the Palestinian Authority.

In one of several attacks in recent days, a 19-year-old Palestinian fatally stabbed a 13-year- old US-Israeli national in her home at the Jewish settlement of Kiryat Arba on the outskirts of Hebron.

Friday’s rocket is the 13th projectile fired from the Gaza Strip to have hit Israel since the start of 2016. Smaller, more radical Islamist groups have often been blamed, with Hamas forces either unwilling or unable to prevent the rocket fire.

Israel holds Hamas responsible for all rocket attacks from Gaza. Palestinian militants in Gaza and Israel have fought three wars since 2008.

On Friday, the Middle East diplomatic quartet said that the “lack of control of Gaza by the Palestinian Authority, and the dire humanitarian situation” were feeding “instability and ultimately impede efforts to achieve a negotiated solution”.

“Preventing the use of territory for attacks against Israel is a key committment that isessential to long-term peace and security,” said the group, which incudes the United States,European Union, Russia and the United Nations.